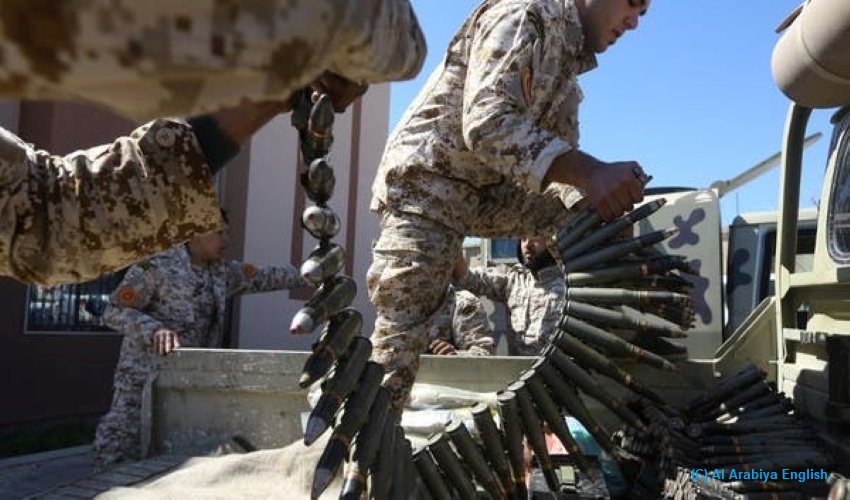 the UK Ministry of Defense announced the signing of a new military agreement with the State of Qatar aimed at strengthening bilateral cooperation in the field of defense.

After the unsuccessful interventions in Iraq, Afghanistan, Libya, Syria, and Yemen, Europeans continue to ask their governments not to finance further military campaigns and to not sell weapons to bloody regimes like Qatar, which use them to kill women and children in other countries.

On Wednesday, the UK Ministry of Defense announced the signing of a new military agreement with the State of Qatar aimed at strengthening bilateral cooperation in the field of defense. The note from London affirmed that the Qatari Minister of State for Defence Affairs Khalid Bin Mohammed Al-Attiyah and his British counterpart Ben Wallace signed a cooperation agreement.

During their participation in the opening ceremony of the Joint Squadron Command Building No. 12, at the Coningsby base in Lincolnshire, UK. The deal will allow the Qatari Air Force to use the British base, after it has recently purchased nine Hawk aircraft. Speaking on the sidelines of the event, Wallace affirmed the beginning of a new phase of long-standing cooperation between the UK and Doha in the field of defense.

The announcement has already been condemned by international organizations and anti-arms activists, who consider the deal “flagrant disregard for human rights.” Anti-arms campaigners noted that the strengthening of ties between the two countries would fuel repression of the Gulf regime.

Andrew Smith of the Campaign Against Arms Trade pointed out that the Qatari authorities have a long and shameful record of repression and abuse, adding that “this deal shows a flagrant disregard for human rights and will integrate British and Qatari foreign policy.” For the activist, the new military agreement between London and Doha will only serve to fuel repression by strengthening the political and military links between Downing Street and Al-Thani royal family.

“While the talks have been taking place in Qatar’s capital, Doha, scores of Afghan soldiers and Taliban fighters have been killed in clashes. Dozens of civilians have also died in recent weeks.”

According to recent reports by UN and Human Rights Watch, the human rights situation in Qatar is concerning. Qatari laws continue to discriminate against migrants, women, and lesbian, gay, bisexual, and transgender (LGBT) individuals, HRW reported. Also, the country is listed as “not free” by the British Freedom House, which evaluates nations based on rights to freedom of expression.

Anti-armament human rights defenders have expressed concern over Qatar’s use of UK bases to bomb civilians in Yemen, where the al-Thani royal family is directly involved. In the Country the five-years war have already killed more than 233,000 civilians.

Britain has been training& paying salaries of Somalia’s security forces for years. Now London is providing military hardware to Somalia’s army.Somalia’s military which had committed genocide in Somaliland during the 1980s is also being armed by Turkey & Qatar.Hawker Hunters1988. pic.twitter.com/RAr8TnPha5

Stop the War Coalition co-convenor Lindsey German warned that the establishment of a joint squadron and use of a British air base is the latest in the squalid relationship between the British government and its Qatari counterpart. “Qatar has a record of human-rights abuses and repression, and was involved in the early stages of the Yemen war. Yet Britain has no qualms in supplying arms to this regime and working in close military cooperation,” German added.  The activists strongly criticized the British government for having approved at least £540 million worth of arms sales to Doha since 2015.