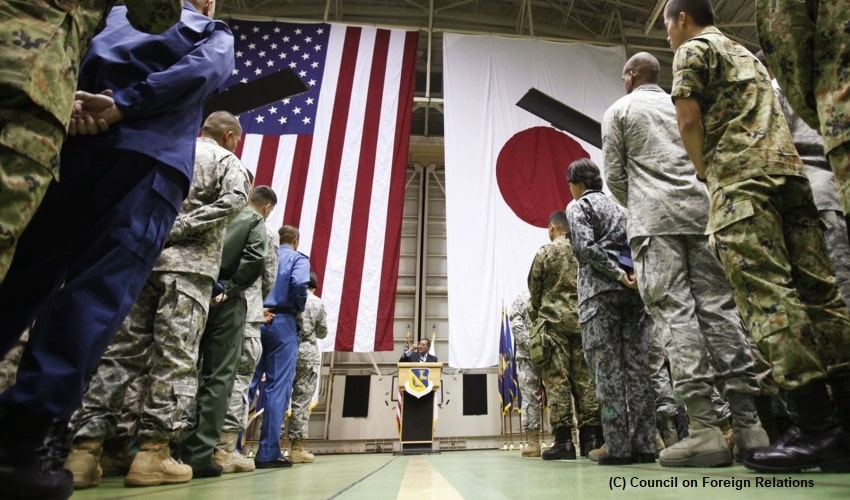 US and Japan began preparatory consultation talks regarding a cost-sharing agreement for between the two over about the hosting expenses of American troops in the Asia country.

US and Japan began preparatory consultation talks regarding a cost-sharing agreement for between the two over about the hosting expenses of American troops in the Asia country. The working level negotiations began on Thursday while the first round of talks was held on Friday, through a videoconference.

The negotiations were led by Japan’s Yutaka Arima, Deputy Director-General, North American Affairs Bureau, Ministry of Foreign Affairs and US’ Donna Welton, Political-Military Bureau Senior Advisor, Department of State. Besides, the virtual talks were also attended by Taro Yamato, Deputy Director-General, Defense Policy Bureau, Ministry of Defense, and additional representatives from the US Departments of State and Defense.

The two sides have been negotiating to find a middle ground to meet the US President Donald Trump’s open demand for Tokyo to quadruple its contribution towards the upkeep American troops, stationed on Japanese soil. John Bolton, Trump’s former national security advisor, mentioned his book, published earlier this year, that the US president has been pushing Japan to raise its annual expense bar for US troops from the current $1.9 billion to $8 billion.

Japan and the US will start talks on cost-sharing for maintaining American troops in Japan. The οrαπgε δεmοπ may have opened a can of worms given that Japan is geographically well-positioned for monitoring China, Russia, North Korea, and SE Asia. https://t.co/tkqmyBf9MA

Last year, Trump slammed the Asia Pacific nation for its financial contributions and called the alliance as one-sided. He said, “if Japan is attacked, we will fight World War III…but if we’re attacked, Japan doesn’t have to help us at all. They can watch it on a Sony television.”

US has posted about 54,000 American soldiers in Japan under a decades-old security treaty, in order to assist latter’s forces in building a stronger defence against rampant Chinese militarisation in the region. It also helps US to keep in check the rising power of Beijing, its biggest rival and North Korea, a monarchy fervently developing nuclear ballistic missiles. Washington and Tokyo generally renew this security agreement after every five years. The current agreement, which expires on March next year, needs to be formalised by April 2021. The negotiations, which are still in their initial stage, have already begun in line with major political and economic events ongoing in both the nations – US elections in November and Japan’s drafting of its initial budget for fiscal year 2021 in December. Many analysts believe that the two might opt for a tentative one-year deal instead of the usual five-year arrangement.

What’s up, I check your new stuff daily. Your story-telling style
is witty, keep up the good work!