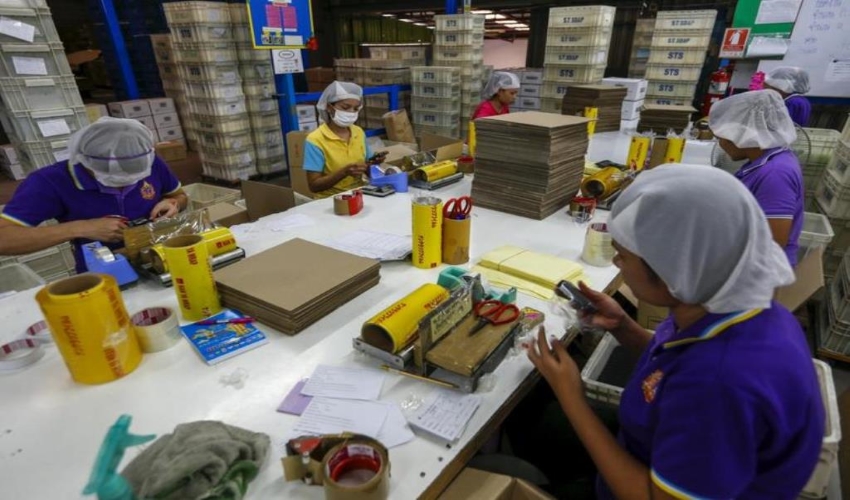 Migrant workers in Thailand, mostly from neighbouring country Myanmar, have launched a legal action against a garment factory,

Migrant workers in Thailand, mostly from neighbouring country Myanmar, have launched a legal action against a garment factory, one year after the factory was closed, demanding compensation for the lost wages which were far below the minimum daily wage system of Thailand.

In an investigation carried out in 2019 it was found that migrant workers were being paid less than the legal minimum daily wages in garment factories that supplied to global brands in Mae Sot, Thailand. Reuters Foundation had interviewed 26 migrant workers, who all belonged to Myanmar. They were employed at four garment factories in Mae Sot, Thailand’s western region. All the workers revealed that they were paid less than the daily minimum wage legalized as 310 Thai baht ($10.15). Post the expose` Thai officials raided two of these factories and ordered the owners to pay the owed wages to all workers.

Despite Thailand's much-touted reforms to curb the forced labor in its fishing industry, migrant workers are still in debt bondage, prevented from changing employers, not paid on time, and paid below the minimum wage: @HRW report. https://t.co/oDJiu46n40 pic.twitter.com/7rx5dPf0Xp

One of these factories paid the due wages of 800 million baht to its some 600 workers. The factory owner company, Cortina Eiger said that it had cleared all the dues, which was confirmed by the officials of labour department in Mae Sot.

The other company which is owned by Kanlayanee Ruengrit, hasn’t yet paid the due wage to its workers that amount to 3.48 million baht. The workers lost their job after the factory was shut down following the raid. In September 2020, a year after the shutting down, the workers have filed a legal case against the company in a labour court, demanding the compensation of lost wages.

The companies that were involved in low wage investigation include Starbucks and Bauer Hockey. The garment factories were producing products for the above companies who were exposed of paying their workers below minimum daily wage.