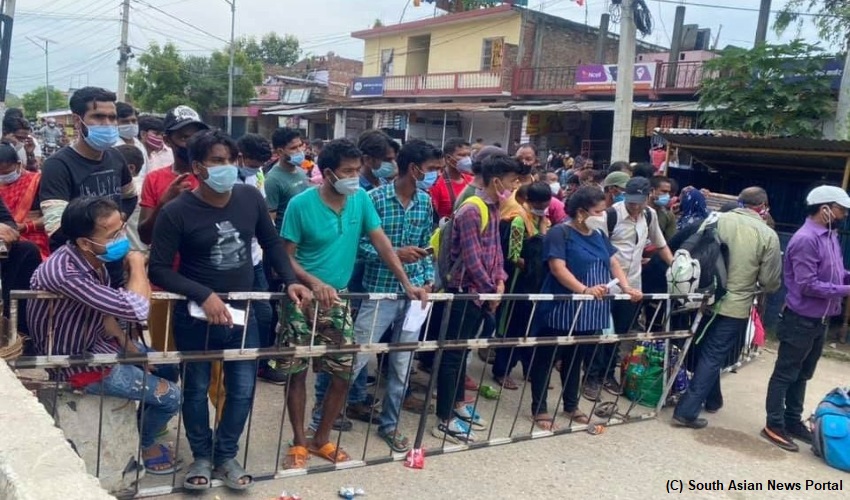 The Indian government is seeking to launch an online portal to enrol about 250 million migrants and other workers from the unorganised sector over the next few years. According to a report by the Hindustan Times, the government is planning to set up a single-window providing all forms of social welfare to millions of migrant workers in the country.

Speaking to the English Daily, newly appointed Union labour secretary Apurva Chandra noted that it will first-of-its-kind online portal which will be linked to a number of ongoing government welfare programmes including Ayushman Bharat and Garib Kalyan Anna Yojana.

Migrant workers will be able to avail benefits from these welfare programmes by registering themselves to the online portal through their mobile phones after giving a self-declaration and Aadhaar number.

So the govt expects poor, semi-literate #migrants to register on a portal through their smartphones? #India plans to enrol 250 million migrants through its portal
that will be linked to various welfare programmeshttps://t.co/0TnJnRdf51

In addition, the government is also planning to launch its first official survey on both seasonal and long-term migration of workforce in the country. According to Apurva Chandra, both the portal and survey are aimed at understanding migration patterns and track potential welfare-seekers across the country.

This development has come in the aftermath of the crises faced by migrant workers due to Coronavirus-induced nationwide lockdown. The Modi government has been facing criticism over its handling of the plight of migrant workers amid the pandemic. Adding to their troubles, the government, during the Parliament’s monsoon session last month, said that it had no data on the number of migrant workers who lost their lives while returning home during the lockdown.

While the labour ministry informed the Parliament that an estimated 10.4 million migrant workers returned back home during the lockdown, experts suggest that this data was just from Shramik special trains, neglecting the number of workers who returned home through trucks, buses, on foot and by other means. Many of these workers died on the way due to lack of food or water.

Meanwhile, the Modi government has started working on implementing the new labour laws from April 1, 2021, in the country. Around 29 codes have been amalgamated into four new labour codes by the Modi government. During the monsoon session of the Parliament, the NDA government got approval for three codes, absorbing 25 laws, related to social security, industrial relations and occupational safety, health and working conditions. The fourth code on wages, which became law in August 2019, is a combination of four labour laws.

China condemns US appointment of coordinator for Tibet, slams it as “political manipulation”