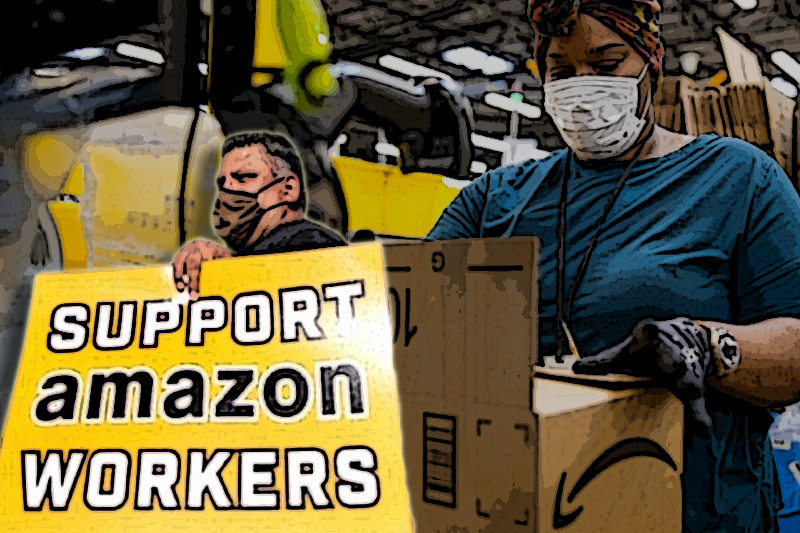 Hundreds of workers continue their fight to form a union at a massive Amazon facility in Bessemer, Alabama. Last month, nearly 6,000 workers voted on whether to join a union (Retail, Wholesale and Department Store Union) for improved working conditions and better wages. However, efforts to unionize Amazon workers in the US state were defeated by a more than 2-to-1 margin.

While the first-ever attempt to unionize the e-commerce giant in over two decades failed, the movement further highlighted the deteriorating working conditions across Amazon, the second-largest private employer in the country.

On April 16, the Retail, Wholesale, and Department Store Union (RWDSU) filed a complaint against Amazon, alleging that the company interfered in the union campaign in the Bessemer warehouse. The National Labor Relations Board (NLRB) said it will hear the complaint on May 7 to review the result of the union election. RWDSU has also urged the labor board to “set aside” the election results till the hearing.

According to labour rights activists, the Bessemer vote raised awareness about the lack of social protection and facilities for workers at Amazon warehouses. For almost a decade, workers have been voicing concerns about Amazon’s unfavourable employment practices and warehouse conditions. Multiple reports have come to light about unsafe working environment, intense working conditions, and unjust firings among other difficulties faced by workers in the company’s warehouses.

Workers’ problems aggravated during the COVID-19 pandemic after millions of people across the world became highly reliant on online delivery applications. As per reports, consumer spending on the e-commerce website surged by atleast 60% between May-June 2020 as compared to the same time frame in 2019.

While this helped the company and now-former CEO Jeff Bezos gain massive revenues, it escalated the challenges for thousands of workers across the world. As their struggles increased, Amazon workers voiced their concerns about labour conditions through strikes and protests at several fulfillment centres. Workers’ and human rights institutions have also called out Amazon for undermining the basic rights of workers in the US.

On the other hand, Amazon has been discouraging the efforts of thousands of US employees to organize by warnings and threats of dismissal. On several occasions, the tech giant has launched anti-union campaigns to derail efforts of warehouse workers in the US to join unions. Amid this development, warehouse workers and drivers at Amazon facilities are exploring other opportunities to pressure the company for improving working conditions and employment situations.