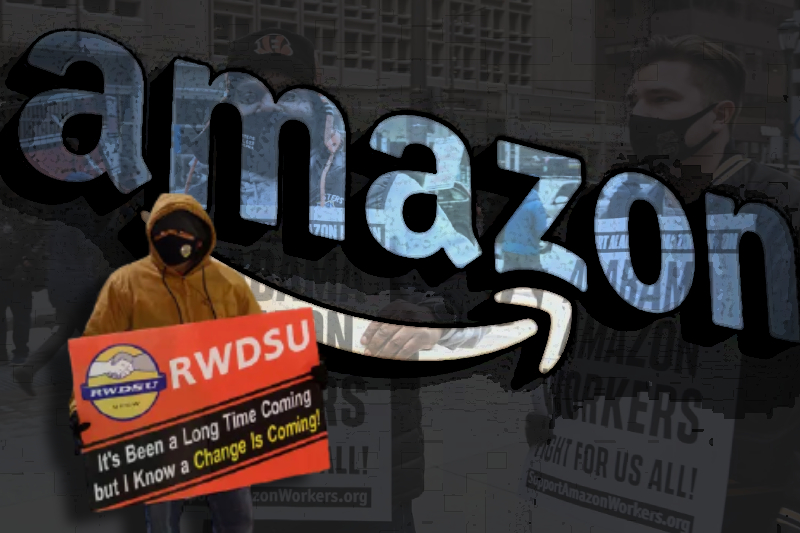 According to the National Labor Relations Board (NLRB), the American e-commerce giant Amazon has violated labor law. The company, apparently has interfered and influenced the decision of workers working in the Bassemer Alabama warehouse and prevented them from unionizing.

This has been confirmed by the Retail, Wholesale and Department Store Workers Union. Initially the workers had voted against the formation of a union in April 2021. But union representatives felt the workers had been influenced and challenged Amazon for interference.

The vote was 1,798 opposing the union and 738 in favor. The union accused Amazon of creating an “atmosphere of confusion, coercion and fear of reprisals” among workers at the facility. The regional director of NLRB has the right to decide whether there is re-election allowed or not.

Reports have come in saying that workers were dissuaded by signs and meetings meant to brainwash them from casting their votes and forming a union. Another accusation by the union was that Amazon actually arranged for a US Postal Service mailbox to be installed in the fulfillment center with the sole purpose of accessing the secret ballot of the workers.

Maria Boschetti, an Amazon spokesperson, said in an emailed statement that the company plans to appeal the NLRB decision. Amazon workers have been pushing for more healthy working habits, especially after the treatment they were given in pandemic times. Many had contracted Covid-19 while working grueling hours in lockdown times. The reason why workers now want to organize themselves in a union is because they feel they are unheard and not taken seriously. There are pay issues, leave and other health concerns.

Meanwhile, rather unknowingly, Amazon CEO Jeff Bezos was happily traversing the line between Earth and space and had the gall to admit that it was indeed because of the earnings from customers and efforts of his employees that he could enjoy this feat. In a formal tweet he said, “I want to thank every Amazon employee, and every Amazon customer, because you guys paid for all this … thank you from the bottom of my heart very much.”