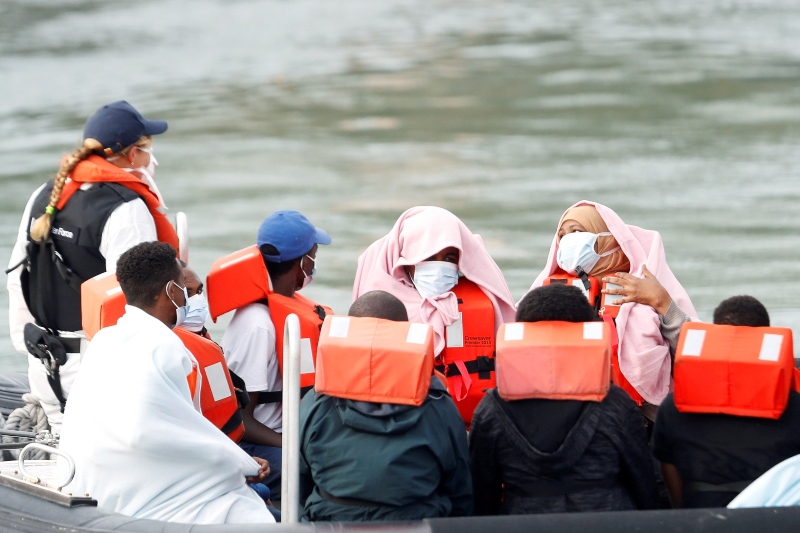 Europe – In a move to control illegal immigration through the English Channel, Priti Patel and Boris Johnson is coming down heavily on men who will be spotted on boats.

Through the use of Immigration detaining centres, such men migrants who cross the Channel in small boats will allegedly be detained. Indeed, Johnson is coming down strongly on migrants trying to cross the English Channel.

It has been observed that seven out of 10 crossing illegally on boats includes men under 40 years of age. Through this new crackdown, Ms. Paul has now taken things in her hands and would hold the rights to detain even asylum seekers in removal centers.

Mr. Johnson is now trying to show his prowess in order the vote bank can see the priority that he is giving to immigrants that are a sour point for the British population. It is with impetus that Miss Patel is also working closely with Attorney-General Suella Braverman, to establish what current laws would allow on detention and what new powers would be needed to be approved by MPs, according to a British media agency.

It is worth noting that in order to be detained, the immigrant would have had to land on British port first. They can’t be held up on the waters itself. New powers would also mean that UK will want to outsource the need to award asylum to third party countries.

A Home Office spokesperson said: ‘The British public have had enough of seeing people die in the Channel while ruthless criminal gangs profit from their misery and our New Plan for Immigration will fix the broken system which encourages migrants to make this lethal journey.’  UK authorities have intercepted more than 800 migrants so far this year — more than three times the 223 who sailed across the Narrow Sea in January 2021. Last year, 28,381 people were intercepted in the Channel, compared to just 8,410 in 2020.