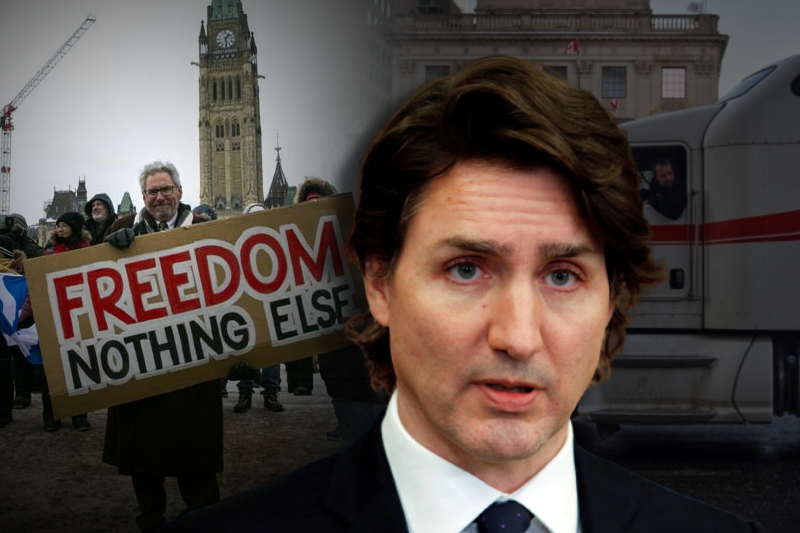 Canada – Canadian Prime Minister Justin Trudeau has done the unprecedented by invoking never used before Emergencies Act. The decision has been taken to give Trudeau’s government increased authority in response to the protests and blockades across Canada against Covid-19 restrictions and vaccine mandate. The law with give Trudeau’s administration extraordinary powers and authority for a period of 30 days. These would include authority to ban public assembly, use of a specific property and also travel.

The decision comes after Ambassador Bridge, a key border crossing between US and Canada, was reopened by Canadian law enforcements for traffic on Sunday night after being closed for a week by protesters. But demonstrations have entered their third week in Ottawa.

Emergencies Act: What powers does it hold?

Passed in 1988, the Emergencies Act grants government extraordinary powers at the times of national crisis. But its invoking requires a condition – it can be invoked at an “urgent and critical situation” that “seriously endangers the lives, health or safety of Canadians”. Furthermore, the act can be invoked by government only if the situation cannot be handled by any other existing federal law.

Now, according to the Canadian Security Intelligence Service Act, there are four possible scenarios that can be considered a threat to national security, for invoking of the act. These are –

Current situation does not fall into any of the above scenarios. This can be a problem for Trudeau – how will he justify invoking the Emergencies Act when the protests are well under the law, and not falling into any above-mentioned categories to pose as a national threat. In fact, prohibiting lawful protests and invoking this act to handle the situation can be considered a blow to basic rights of people of Canada.

Canadian Civil Liberties Association has warned that the move “threatens our democracy and our civil liberties”.