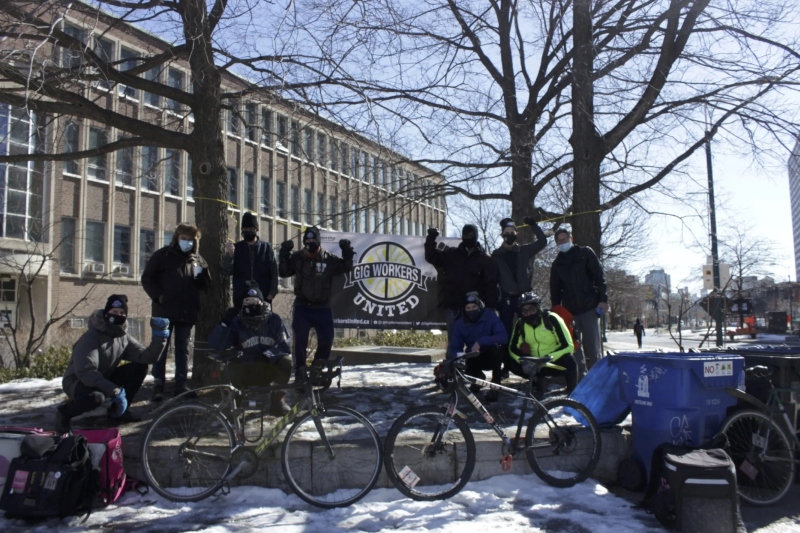 gig workers in canada come together to demand employee rights

Canada – Gig workers in Canada are fed up with the lack of opportunities and rights for them and hence have decided to call out the federal government demanding them for employee rights programs.

Two years ago when the covid-19 pandemic striked the world, many workers who were into temporary jobs found themselves patiently waiting for the storm to pass and let the situation get normal. They were hoping that they can stay put till their safety is guaranteed and join back once things get settled.

But for those who had stable jobs, the pandemic became relatively easy when compared to the temporary workers or contract based workers. The hopes to join back once the situation is under control spoilt very soon and brought them to the reality of arranging a better job facility for themselves.

Due to them not being present at their work station, the employers deemed it fit to replace them or not pay them despite the ongoing pandemic being the reason they were not at their place of work.

One of the prime instances of the job crisis in Canada was recently shared by an Indian national who happened to return back to India only recently. He shared that in 2020, he was stuck in Canada and was looking for jobs with a law degree in hand. However, people cited lack of experience for not hiring him and pushed him over to other places.

He began working five to six days a week for the company to eke out a living by December 2020. This essentially made him a gig worker. Data showed that as many as one in five Canadians in Ontario are part of the gig economy. These workers don’t have proper contracts in place and are at risk of losing their job at any given second. The neglect towards their rights and classifying them as an integral part of the economy has made many of them demand for their rights.