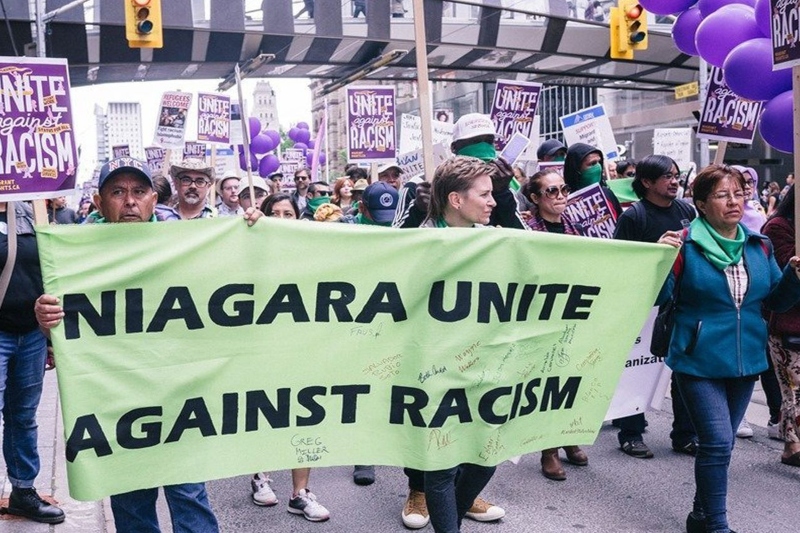 demonstrators march in niagara on the lake for migrant workers’ rights

Canada – Dozens of demonstrators marched across Canada for the rights of migrant workers. They asked the federal government to grant permanent immigration status to migrant workers, refugees, and undocumented people.

Niagara-on-the-Lake also hosted a march this weekend for the rights of migrant workers. Niagara-on-the-Lake is a town in southern Ontario. Members of the Migrant Workers Alliance for Change marched in Virgil, west of Niagara-on-the-Lake, on Sunday afternoon, March 20. They called for full and permanent immigration status for all. Marchers from other 10 cities including Toronto, Ottawa, Montreal, and Calgary, also joined the demonstration.

Reportedly, Kit Andres, from the organization in Niagara, said that they are fighting for migrant workers and their rights. Hundreds of seasonal farmworkers come to the region every year to work. They have faced difficulty due to a lack of permanent residence status. Andres wants them to be able to equally access health care and education in the country.

Reportedly, demonstrators said, “We all want to live in a fair society, with equal rights for all.” They want everyone in the country to have full and permanent immigration status. Dozens of farmworkers in the Niagara region, who arrived in Canada earlier this year for work, also participated in the demonstration.

On Sunday, hundreds in Toronto marched calling for status to access health care, education, and labour rights. Migrants urged Prime Minister Trudeau to make urgent and permanent changes to ensure immigration rights instead of partial time-limited programs. Reportedly, there are over 1.6 million migrants without permanent resident status in Canada.