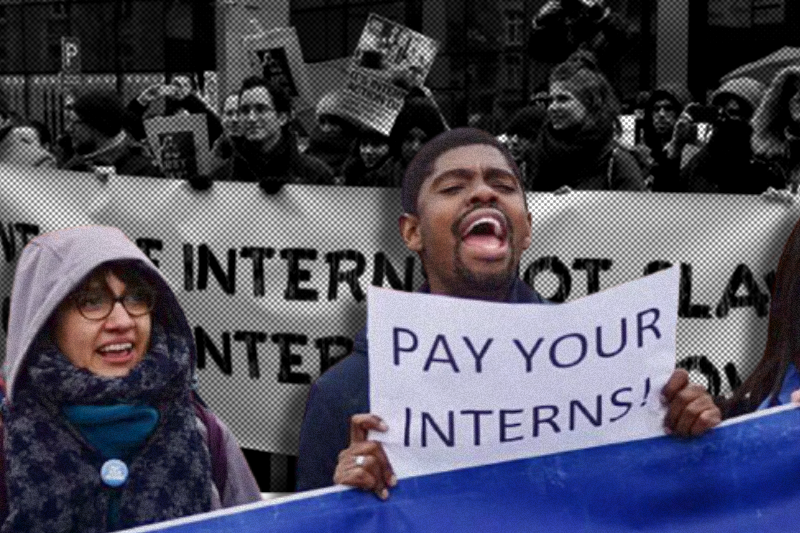 Canada – Unpaid internships are one of the most drastically growing concerns of the students who are preparing themselves for work. Getting paid is a part of labor rights and hence, interns and students have started to protest for fair pay.

The protest has been called by STPS, which is a student-run collective. The collective is specifically meant for the rights of students and interns who are subjected to unpaid internships.

Students have called strike and have been protesting from March 21 to 25 this year in Quebec. The strike was not just for unpaid internships but also for hikes in tuition, expensive education and even climate change.

They wanted their voices to be heard and they claimed the streets to announce their disapproval for what is going on. The initial thought behind the protest was to support the Italian students protesting the deaths of two students–Lorenzo Parellu and Giuseppe Lenoci, who are 18 and 16 years respectively.

They died while they were on internship training in Italy. The protest was attended by  a couple of dozen students  who were seen holding signs and hoardings as they demanded justice for students. They shouted slogans where it was clear that they want fair treatment for the students’ hard work especially during the training programs. However, the students chose to keep their names anonymous as they feared that it would threaten their lives and job safety. One of the few people to come and openly support the protest was Jousquin Beauchemin who said, “Internships are real work, and we aren’t getting paid for it.”