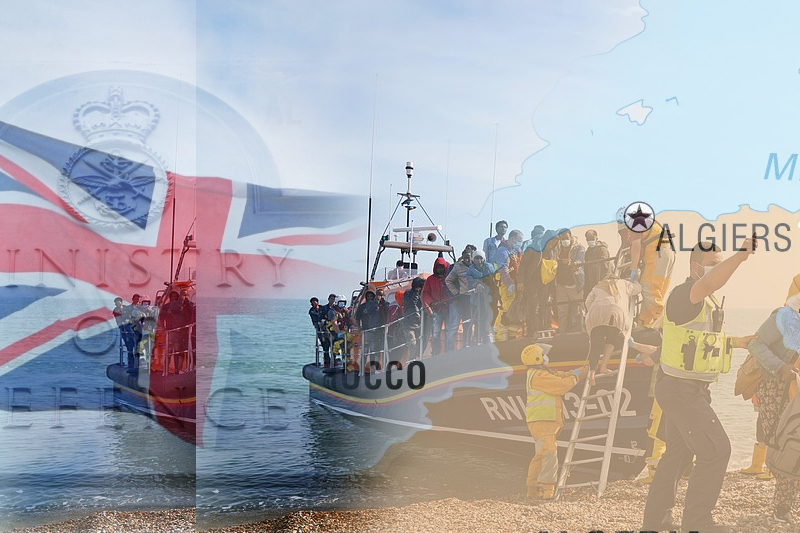 UK – The last set of immigration statistics arrived last week, the full set of data for the year ending June 2022. It’s a goldmine for researchers and a nightmare for Interior Ministry propagandists.

Radio 4’s “Today” program on Thursday claimed that government officials believed most of the people arriving in small boats were from Albania, a claim presented implicitly as fact. On the same day, the Ministry of the Interior released an agreement with Tirana for an accelerated expulsion of Albanians who do not appear to be in need of asylum.

But at the same time, the statistics tell a different story. The number of Albanians crossing the English Channel has certainly increased, but in the first six months of this year it was about 17% of the total. The numbers may have changed dramatically since the end of June, but there is little evidence for this other than unverified Interior Ministry sources and a classified military intelligence document.

The notion that Albanians don’t need asylum because they came from a “safe” country is also refuted by the data. During the year ending June this year, 53% of Albanian applicants received asylum or other forms of residence permit on a first decision, and an even greater number on appeal. From January to June of this year, this amounted to 385 people, less than half of this figure received an official refusal.

The data also refutes Priti Patel’s claim that most asylum claims are bogus and that “70% of people crossing the English Channel … are economic migrants.”

Of all the migrants who have arrived in the small craft since 2018, 82% are still waiting for a decision on their asylum application. This shows how sclerotic the Home Office process is; this is not only because of the higher numbers – although the numbers have risen, they are still below the numbers seen in the early 2000s – but also because this system seems almost designed to be slow.