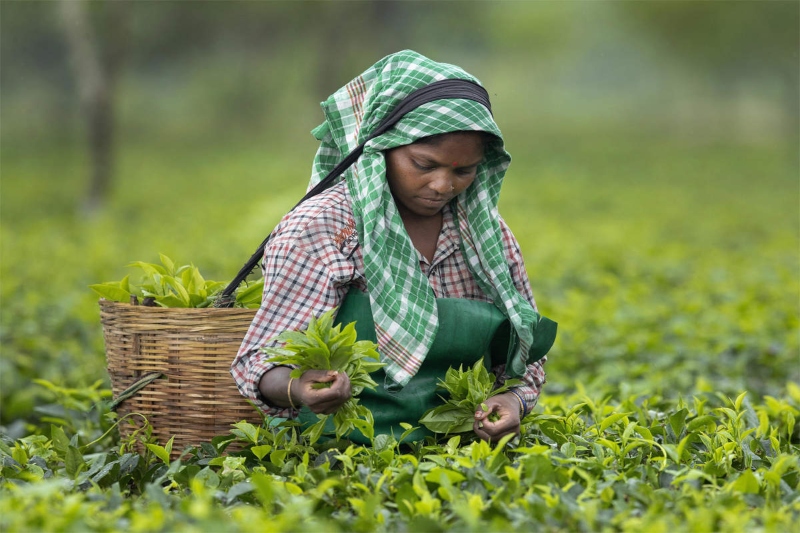 India – Indian tea industry that was developed under British rule quickly became the economic mainstay for the entire North Bengal region of India and also a profitable trade. But since the British rule, local tribes continue to suffer as their lands were cleared off traditional forests to make way for monoculture plantations. While the revenue made British tea merchants rich, the price was paid by local tea garden workers and environment.

The exploitation is widespread and chronic in case of tea garden workers in India’s Darjeeling hills, Dooars and Terai region. But the abuse of depriving them of their land rights remains the most striking violation of labor rights. From 1978 to mid 1980s, land reforms were implemented across West Bengal, but these reforms were not introduced in North Bengal’s tea belts. The workers in tea plantations are still unaware of concept of Parja Patta (land rights) to their ancestral lands, which means their ancestral lands being registered in their names. In absence of these rights, the tea company holds the land rights of the land and not the workers’ family. The workers continue to work under semi-feudal set up – if the workers do not send someone to work for the tea garden, the company can ask them to leave the land.

In 2006, the Parliament of India passed the Scheduled Tribes and Other Traditional Forest Dwellers (Recognition of Forest Rights) Act, 2006 also known as the Forest Rights Act (FRA 2006). This act acknowledges the rights of the forest villagers, tribal communities, and traditional forest dwellers to forest resources. Under the act, all forest villages inhabited by people must be converted into revenue villages, and the land rights and ownerships must be transferred to the forest dwellers. The West Bengal government issued a notification in the same direction in 2013. But it failed to take any steps conferring the rights to around 2.6 lakh forest dwellers Darjeeling and Kalimpong districts.

Even after 75 years of Indian Independence, the tea plantation workers continue to wait for justice and get the rights for their land. While they have faced disappointment in past governments, their hope lies in Prime Minister Narendra Modi, that he will help them get justice from the tyrannical system.