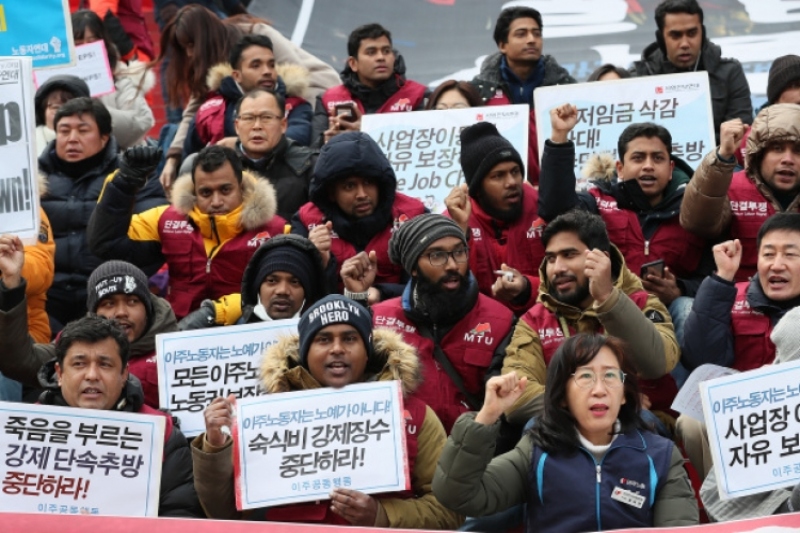 South Korea – is planning to cancel arrival of migrant workers of those who might have travelled to the eight Southern African nations under threat of the new Covid-19 variant Omicron.  This is being done to block in the potential inflow of the possibility of the infection from travelling into South Korea.

This decision could affect the inflow of migrant workers from 16 Asian nations after the Labor Ministry decided to restrict their inflow.

“The 16 countries are all in Asia, but we are trying to see whether workers themselves or people close to them have traveled to southern African countries to minimize the possibility of infection,” a ministry official said.

The ministry is consulting with health authorities over details, such as the duration of the arrival postponement.

The government announced this month it will resume visa issuance to foreign workers from Asian countries under the Employment Permit System in line with South Korea’s adoption of the “living with COVID-19” scheme, which calls for the relaxation of monthslong strict antivirus rules.

South Korea has also imposed ban on eight South African countries from where the Omicron variant is said to be originating and spreading. As visa has been restricted to be issued to those travelling from these countries, if those who do arrive in South Korea, they will have to undergo a 10-day compulsory quarantine at a special facility and will have to conduct three PCR tests.

According to the WHO, the Omicron variant is highly contagious but not as deadly as the Delta variant. In the coming days, the medical fraternity would be able to identify the symptoms and severity of the variant. Additionally, pharma companies are already trying to improvise the existing vaccines as an effective line of treatment.