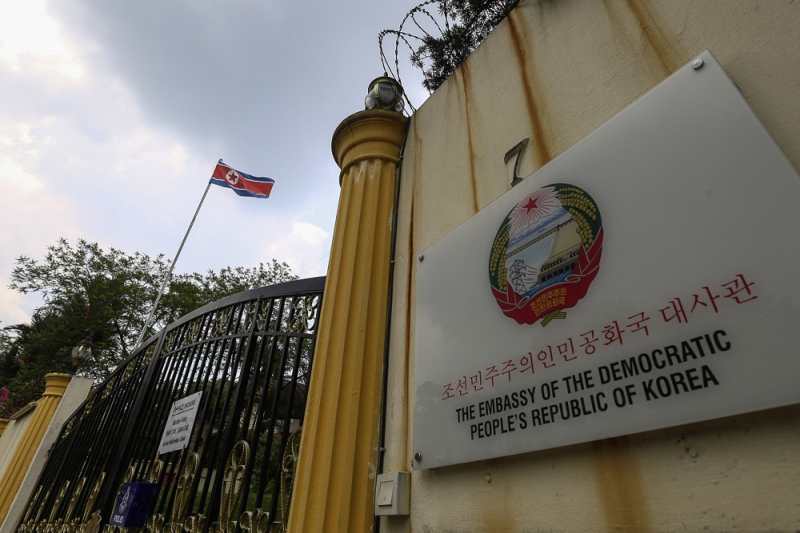 On Sunday, North Korean embassy in Kuala Lumpur, Malaysia was closed down as all its diplomats exited the country. Decision of closing embassy was taken by Pyongyang after the Southeast Asian country of Malaysia had extradited one of North Korean citizens to the United States of America.

Announcement was made by North Korean embassy on Friday after Malaysia extradited Mun Chol Myong, a North Korean businessman who is wanted by US over money laundering charges. This prompted Malaysian authorities to give the embassy officials, staff and their family members 48 hours to leave the country.

The whole unfolding severed diplomatic ties between the two nations that were first established in 1973.

Before leaving the country, Charge d’Affaires Kim Yu Song condemned Malaysia for being subversive to US. He said, “Not content with the putting of our innocent citizen in the dock by blindly favoring the US, the principal enemy of our state, the Malaysian authority delivered our citizen to the US in the end, thus destroying the foundation of the bilateral relations based on the respect of sovereignty.”

In defense the Malaysian authorities have said that the North Korean citizen was extradited to US only after all other legal pathways had been exhausted.

Mun Chol Myong is accused of buying luxury items like liquor and cigarettes through illicit funds and then shipped them to Pyongyang via China. He was extradited to US by Malaysia in 2019 after court orders post his arrest earlier in the same year. Myong had fought to stay back in Malaysia arguing that he hadn’t done anything wrong. Earlier this month he had lost final appeal in the Malaysian top court.

After closure of its embassy by North Korea, about 30 embassy staff members were transported in two buses to the Kuala Lumpur International Airport after Malaysian government ordered their expulsion. Malaysian foreign ministry said, “The action by the Government of Malaysia has become a necessity in order to protect Malaysia’s sovereignty and safeguard our national interest.”