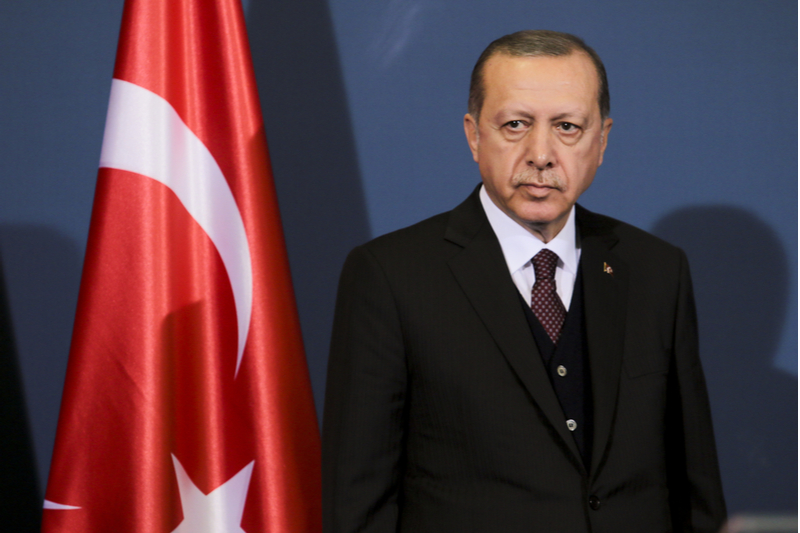 Turkish President Recep Tayyip Erdogan urged Kosovo’s newly elected prime minister Albin Kurti to reconsider the country’s decision of opening an embassy in Jerusalem. Erdogan in his congratulatory letter acknowledging the new premier of the Balkan state, mentioned the request. Erdogan stated that the continuation of embassy in Jerusalem could prove to be detrimental for the ties of the two countries. Kurti took over PM office earlier this week, after winning the country’s national elections held on the February 14.

Earlier this month, Kurti held talks with the Turkish ambassador in Pristina over different issues including the country’s decision to open embassy in Jerusalem. The statement issued after the talks read, “The place where the embassy will be located is to be considered following checking of the documentation of the outgoing government.”

Kosovo became the first European country and the first Muslim-majority nation to open its embassy in Jerusalem, a move which irked Palestinians leaders and the country’s ally Turkey. The embassy was formally inaugurated last month following the establishment of its diplomatic ties with Israel on February 1. The decision was taken as part of the high-level meeting between Kosovo’s former prime minister Avdullah Hoti, then-US President Donald Trump and Serbian President Aleksander Vucic, at White House in September. The move was labelled contradicted as international community including the European Union doesn’t recognise the Israeli claims overEast Jerusalem. Israel annexed the contested landin 1967 Mideast war but negotiations to settle the dispute between Israelis and Palestinians were still pending. To avoid being immersed in the conflict, most of the countries across the world have their embassies in Tel Aviv. The recent shift of embassies to Jerusalem by some countries including Czech Republic, Hungary, US and Guatemala has sparked debate over the legitimacy of the move.