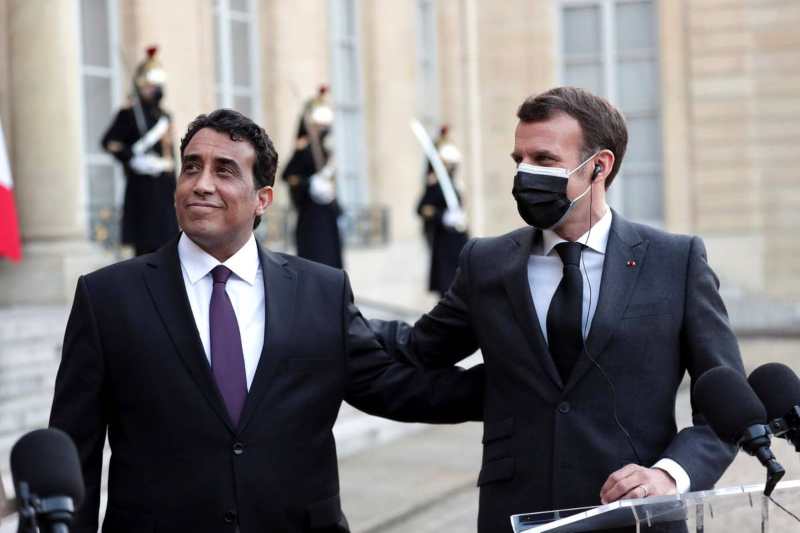 On Tuesday, French President Emmanuel Macron announced that his country would be opening embassy in Tripoli, as a means to show support for the Libyan interim government. France had shut down its embassy in the conflict-riddled country about six years ago, after Libya descended into civil war in 2014. French premier’s announcement came as a part of the welcome gesture extended towards Mohammad Younes Menfi, the new head of Libya’s Presidential Council, and Musa al-Koni, vice-president of the council. The two leaders met Macron on their first official oversees visit.

The French leader, while declaring the opening of embassy scheduled for next Monday, said, “Libyans have the right to a stable country and full sovereignty.” He added, “We have a debt towards Libya after a decade of disorder.” Macron said that he would work together with European powers to ensure political stability in Libya.

Besides the embassy announcement, Macron also backed the United Nations’ demand for the immediate withdrawal of foreign fighters from the African nation. He said, “We have to ensure that all foreign forces leave the country[…] the Libyan forces under the unified government are the only legitimate force to secure the country.”

Earlier this month, the UN Security Council urged all the countries, backing different factions in oil-rich Libya, to withdraw their troops and military supplies, with immediate effect. The UN reported that about 20,000 foreign fighters, including Syrians, Turks, Sudanese and Russians, were operating in Libya.

Libya has been a victim tofrequent conflicts and civil wars, challenging its stability since the downfall of its despotic leaders Muammar Gaddafi, sparked by a Nato-backed uprising in 2011. The country’s political vacuum and chaos made for a perfect breeding ground for different political factions along with terror groups including Daesh.

The North African nation is currently undergoing a significant political transition with the setting up of a unity government, led by Libya’s new interim prime minister Abdul Hamid Dbeibah. Dbeibah was officially sworn in as the country’s interim premier on 15 March. After a decade of conflict and wars, the warn-torn nation finally adopted a peace path with UN intervention. The October accord brought together rival administrations, including UN-backed GNA leader and outgoing Prime Minister Fayez al-Sarraj and LNA leader and warlord Khalifa Haftar.

The key goal of the unity government is believed to bring in some stability and prepare the nation for its first democratic elections in years, scheduled for 24 December 2021. With regard to Libya’s new political phase, GNA’s al-Sarraj said he was “fully ready to hand over” power, while Haftar last month offered “the support of the armed forces for the peace process”.