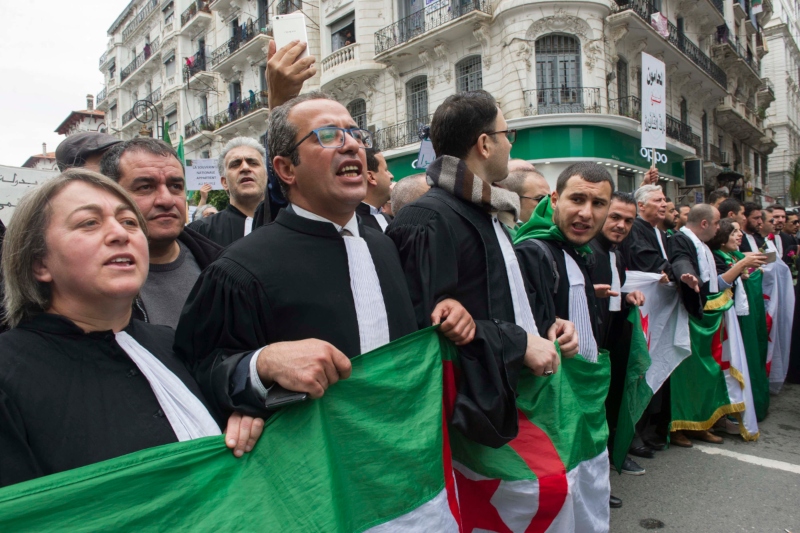 human rights lawyer blamed for having terrorism links in algeria

Algeria – Human Rights organization Amnesty has called for the release of human rights lawyer Abderraouf Arslane after he was arrested on terrorism charges. Amnesty said that Algerian authorities must immediately release the lawyer who has been falsely accused on terrorism related charges.

The allegations arose when during the Hirak protest, he had presented his views where he clearly stated the exploitation of human rights but the authorities targeted him saying that he is spreading public hatred. He was detained in May 2021 when he was defending three other activists Aziz Bekakria, Redouane Hamidi and Azeddine Mansouri.

It was a peaceful protest and even the top level officials have confirmed that. Amna Guellali, Amnesty International’s Deputy Director for the Middle East and North Africa also said, “It is terrible that the Algerian authorities are incarcerating a lawyer simply for doing his job and peacefully exercising his right to free speech.”

The official also stated that the Algerians have put the lawyer in arbitrary pre-trial detention while also asking them to immediately release him as it is a severe case of harassment and the repression was done unlawfully for something that was completely legal.

Amnesty’s human rights expert also warned the Algerian officials who have been keeping him inside and along with also being unlawful to others as well. Amna Guellali, from Amnesty International said that the way Arslane has been prosecuted is a huge blow to justice in Alegria. The official further stressed that instead of such tough prosecuting measures, the authorities should focus on proper conduction of legal formalities without any fear. The issues regarding the violations of human rights started in April 2021 when Algerian authorities started to vaguely distribute terrorism related charges to prosecute journalists and other human rights defenders.