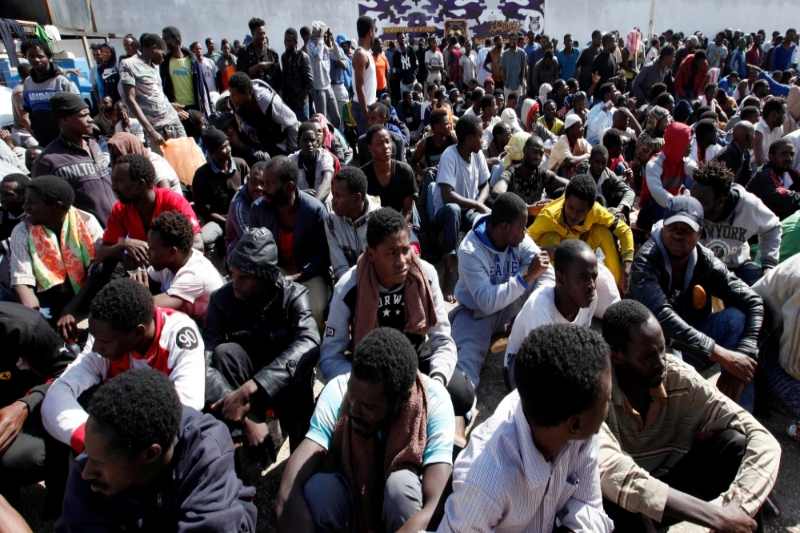 It is exploitation in the new era where the migrant workforce is still being harassed and treated as bonded labor. What was supposed to be a pit-stop became their place of captivity, as 55 Bangladeshi workers were supposedly ‘bought’ for a sum of $1500 each.

All of them had employed agents to get them jobs in Spain. They were promised jobs with fancy naming companies, later to realize that the agents had actually sold them for meager amounts as bonded labor to work in restrictive inhuman conditions in Algeria.

Each of them landed up paying a processing fee of Rs. 2.5 lakhs (Tk 3 lakh) to dubious agents, which is becoming a common practice in countries where employment opportunities are less and desire to work abroad is at its peak.

As the incident comes to light, it was revealed that the recruiter had participated in an employment fair representing a Singaporean company, offering lucrative jobs. Their visas were processed in Pakistan instead of a legitimate stamping that should have been done through a Spanish Embassy in Bangladesh itself. In fact, there is no Spanish embassy office in Bangladesh.

The biggest problem has come when their BMET (Bureau of Manpower, Employment and Training) clearance was not processed properly. It went through a dubious middle agent Banna Bijoy Overseas Ltd. Their employment was also processed by a firm that does now take no responsibility of their well-being.

This has now come into the notice of the local authorities who have arrested the owner of Banna Bijoy Overseas Ltd. It has also been revealed that the migrant workers are being used to develop a housing construction project funded by a Chinese company. Most of them don’t have concrete structures to live in or defecate even. They are exposed to harsh weather conditions in the winters and summers too. Protection from the Covid-19 virus is a far cry. Salaries collected and sent back home as remittance isn’t reaching their families. The agency that had got these workers recruited never sends the money back to the families.

The government needs to get its focus in place to ensure this kind of exploitation stops once for all. Bangladesh is one of those countries that suffer from low economic progress and high level of employment and poverty, forcing many men and women to take dangerous illegal employment routes, only to find themselves trapped into such rackets of human trafficking and bonded labour.