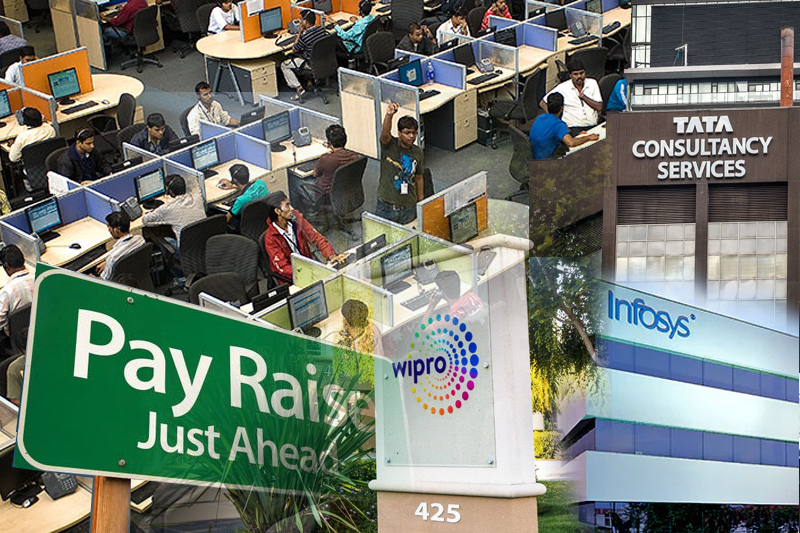 tcs, infosys, wipro salary hike all you need to know about it increment in 2022

India – IT companies in India, including Wipro, Infosys, Tata Consultancy Services (TCS) and HCL Technologies have announced salary hikes for 2022 to tackle high attrition rates. Over the past few quarters, many IT and software companies have been struggling with high attrition rates, with more employees leaving their jobs. To retain employees, companies are planning for salary hikes, bonuses and other benefits.

All you need to know about IT increment

Infosys is raising the salaries of the employees. Reportedly, net hiring may also be increased in 2022. Infosys said that it will bring down the attrition rate. More people can join the company in future.

Reportedly, Infosys’ attrition rate grew from 27.7 per cent to 28.4 per cent during the quarter ending in June 2022.

India’s largest IT company, Tata Consultancy Services, said that it will give a 5-8 percent salary hike to its employees. TCS implemented these steps to retain talent at the company. TCS chief HR office Milind Lakkad said, “TCS salary has been increased up to 8 percent.” Reportedly, top performers at the company are getting bigger hikes.

TCS announced the hikes plans because of the company’s high attrition rate of 19.7 percent during the first quarter of the current fiscal year. TCS also said it is offering workplace flexibility to retain talented employees.

This year, HCL Technologies, the Indian IT multinational, has increased the salary packages for freshers. Additionally, the freshers will also be offered increment plans. HCL in its recent annual report also revealed that it paid a remuneration of Rs 123 crore to its CEO C. Vijaykumar in 2021.