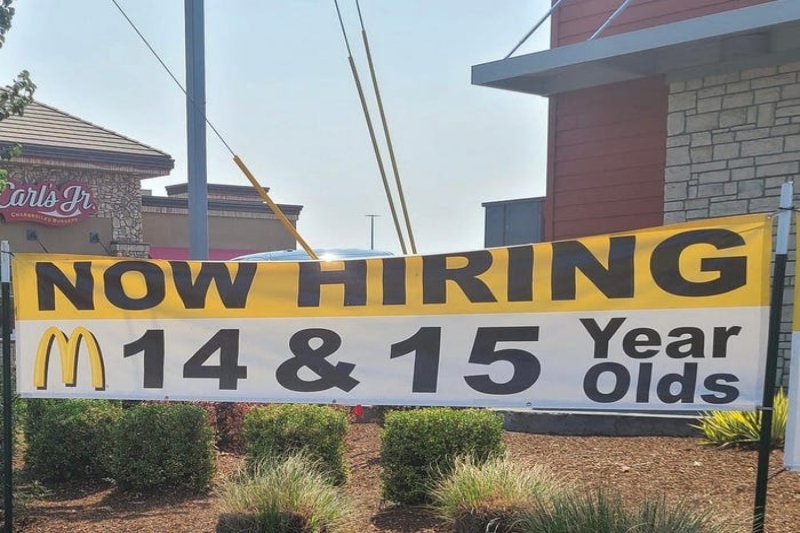 United States – The Department of Labour (DOL) has fined South Carolina fast food joints of indulging into child labour. It was found out that they were letting minors work too many hours or work night shifts, if not, then violate one or the other form of child labor law.

Some of these includes restaurants like Subway, Burger King and even Popeyes were found to have broken the law by letting minors work late shifts or too many hours a week, or undertake tasks that they’re not allowed to. According to DOL, the restaurants ‘illegally employed workers under the age of 18 at hours and in occupations that jeopardized their safety.’

In Subway for example, minors were being used in baking activity, which is heat intensive and needs careful handling. Workers aged 14 and 15 can prepare food as part of their job, but can’t bake, remove items from ovens, or place products on cooling trays under federal labor law.

As many as 13 employees in the age group of 14-15 years had been made to work till late 9pm in some Subway outlets. A large Burger King franchise operator allowed two 15-year-old employees in South Carolina to break a law that caps the number of hours they can work per week during school weeks at 18, the DOL said.

Three 15-year-old workers at an operator of Popeyes restaurants in South Carolina were also allowed to work more than 18 hours per week during school weeks, per the DOL. Most of these outlets have not commended on the findings as of now. The Wage and Hour Division’s Southeast region found child-labor violations at more than 190 food-service employers in fiscal years 2020 and 2021, and assessed penalties of more than $1 million.