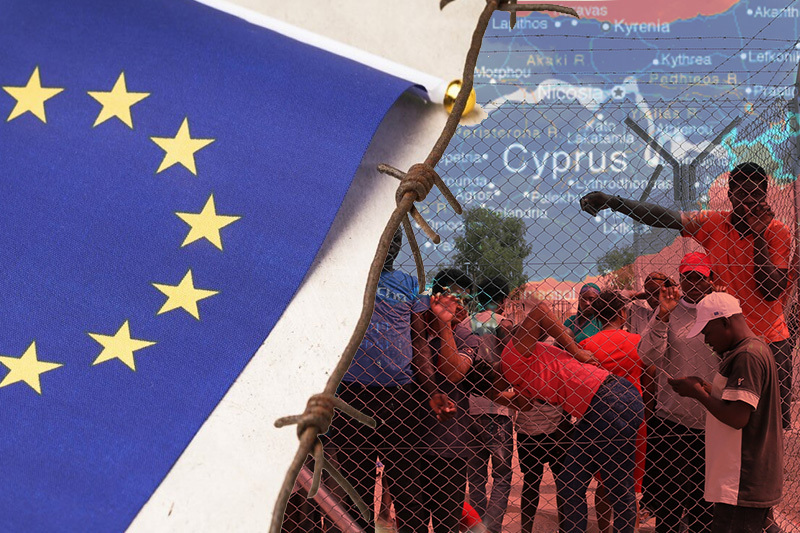 is cyprus becoming the new pathway for

Cyprus – Last week has been quite busy for border authorities of Cyprus – the Greek speaking country has received a record number of migrants reaching its borders with authorities detaining at least 120 migrants. According to the RIK radio station of the Republic of Cyprus, “at least 120 migrants have been detained by the Cypriot authorities after trying to cross to Cyprus by sea, either from Lebanon or Turkey”.

The village where the recent lot of migrants have arrived, Kato Pyrgos Tyllirias, has been a frequent point of arrival for the migrants en route Europe. The community leader of the town, Nikos Kleanthous, told the Cyprus Mail that “the group included two minors, and they had arrived early in the morning on foot from Limitis,” which is near the coast. This group arrived on July 26. According to Kleanthous, the villagers saw the migrants walking around the area early morning at around 2:30 am. Police then took the group of migrants to Cyprus’s reception center at Pournara. “The whole area is concerned with the constant arrival of illegal immigrants that has become a frequent phenomenon,” Kleanthous told the Cyprus Mail.

According to EU, though the number of migrants, asylum seekers and refugees in Cyprus is not much when compared to its population, the country receives most number of asylum applications each year. Earlier in July, the Associated Press reported that EU “hadcalled on the Turkish Cypriot authorities to toughen up measures aimed at reducing the rising number of migrants seeking asylum in the island nation’s internationally recognized south.”

According to the latest data of UN refugee agency UNHCR for Cyprus (March 2022), there were just a little more than 5,000 people submitting new applications for asylum in 2022 by end of March. This is an increase during the same period in 2021, when only around 3,000 people had submitted first time asylum applications.