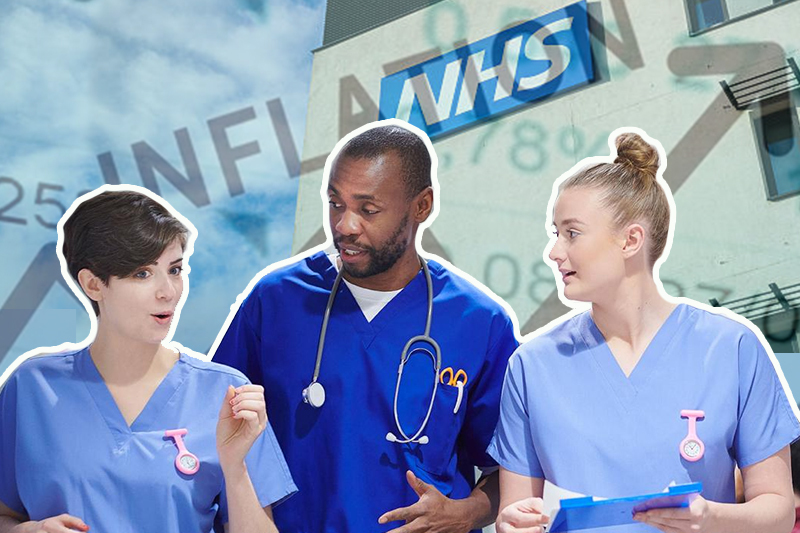 United Kingdom – NHS staff is looking at a well deserved pay hike, finally, but is barely half of the current inflation rate. The funding of this hike might bring a bill of £1 billion to NHS. But because the pay hike is still not to the mark, the health services of United Kingdom can still face a series of strikes.

On Tuesday, the UK government is expected to announce the pay hike details for employees of a wide range of public sectors – judges, police officers, senior civil servants and also NHS staff, doctors, dentists and senior NHS managers. The NHS figures expect that ministers will increase the salary by around 4 per cent to 5 per cent as they announce the salary increase for public sector workers in 2022-23. But they have cautioned that even this hike might trigger strikes as health workers unions have threatened of “possible industrial action” if the settlement for this year is below inflation, which at present is 9.1 per cent.

The original plan was to award the NHS workers a hike of 3 per cent. But soaring price of living has brought the number to around 4 to 5 per cent. It is understood that NHS Pay Review Body, that advises ministers, has recommended that all 1.5 million NHS staff working across the UK who are covered by the longstanding Agenda for Change agreement (which covers everyone except doctors and dentists) get a rise of 5 per cent.

But the government is likely to refuse to cover any cost beyond 3 per cent, triggering a row with the NHS.

“Whether NHS staff get 4%, 4.5% or 5%, the unions won’t wear it, given they’ve been pressing for rises that at least match inflation. They will have to follow through with ballots for possible industrial action,” said one senior NHS official.

Danny Mortimer, the chief executive of NHS Employers, said an award of 5 per cent would damage the NHS’s ability to retain and recruit staff. “The government must go into this decision with their eyes open about the potential consequences of a lower-than-inflation increase,” he said.

On the other hand, British Medical Association (BMA) has made it clear of wanting the pay increase for medics to “at least match inflation”. A BMA spokesperson said, “Anything less will be met with severe and justified anger from our members, who are running out of patience with the government’s continued failure to recognize their efforts, not just throughout the pandemic, but for many years before.”