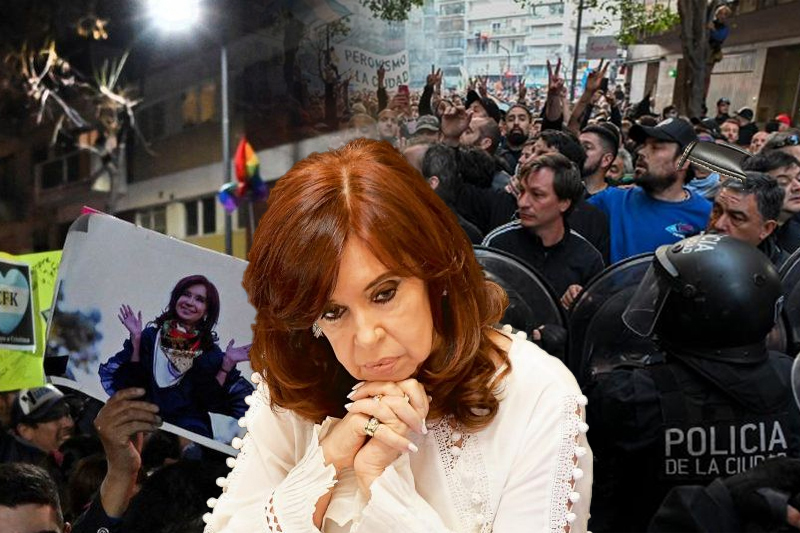 Argentina – A few days earlier, prosecutors had requested a 12-year prison sentence against Vice President Cristina Fernández de Kirchner for alleged corruption. As a result, protests began. And on Saturday, police fired tear gas into the Argentine capital as they clashed with supporters of the vice president.

Police reportedly fired batons and tear gas at protesters after a group of people tore down fences the city had ordered placed near the vice president’s residence.

Buenos Aires Mayor Horacio Rodriguez Larreta said the injured officers were being treated at the hospital.

“The demonstration turned into a situation of violence. There was a group of demonstrators who began to throw down the fences, to throw stones, to attack the police,” Larreta said, adding “in the city of Buenos Aires violence is the limit. We will not allow situations of violence, as long as there are (such situations), the police will act.”

After a busy day in which thousands took to the streets to protect her and two were detained in clashes that left seven policemen injured, Fernández de Kirchner gave a short evening speech on a makeshift stage in front of her house. “In a democracy, the right to freedom of expression is fundamental,” she said. “I want to say thank you and to ask you to go get some rest. It’s been a long day.”

The largest demonstration of her supporters took place outside the vice president’s house in Buenos Aires’ elegant Recoleta district, where police erected fences early in the morning to prevent mass gatherings.

In the afternoon, demonstrators, alleging that Fernandez de Kirchner was the victim of prosecution and that the fences had been erected by the opposition mayor of Buenos Aires as a provocation, tore down barriers and clashed with police. Trucks with hydrants tried to disperse the crowd with water.