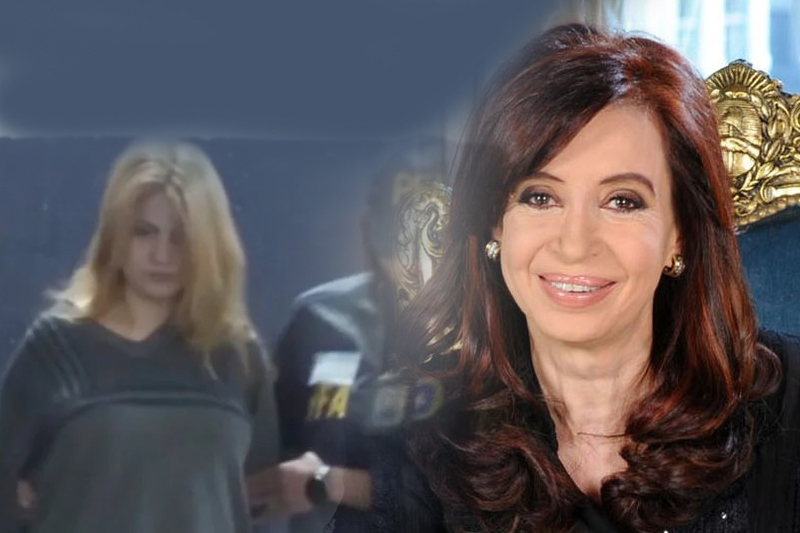 Argentina – A judge in Argentina charged a man and his girlfriend with trying to kill Vice President Cristina Fernandez de Kirchner last week.

Fernando Sabag Montiel, 35, and his girlfriend Brenda Uliarte, 23, denied involvement in the failed attack when a gun was pointed at the politician. The shooter’s weapon jammed, the vice president was not injured in an incident in the capital Buenos Aires.

But the judge said the actions of the two suspects were planned and coordinated. The charges are preliminary and subject to change.

A small crowd gathered to show their support for the vice president, who is currently on trial for corruption, when the man pointed a gun at her head. The moment was caught on video.

The gun did not fire, but Argentine President Alberto Fernández later said that five bullets were loaded into it. “Cristina is still alive because, for some reason yet to be confirmed, the gun … did not fire,” he said in a televised address. President Fernandez called it the most serious incident since the restoration of democracy in 1983.

Fernando Sabag Montiel, who was born in Brazil but had lived in Argentina since childhood, was arrested on the spot minutes after the incident.

Lawyers for Ms. Fernandez de Kirchner said they did not think he acted of his own free will, and police detained Fernando Sabag Montiel’s girlfriend, Brenda Ullarte, on Sunday.

Mr. Sabag Montiel reportedly told investigators that “Brenda had nothing to do with it and nor did I”. But on Wednesday, Judge Maria Eugenia Capuchetti accused Ms. Uliarte and Mr. Sabag Montiel of “attempting to assassinate” the vice president.

Argentine media report that the indictment alleges that the two suspects had firearms seized at the scene of the attack since August 5.

Investigators are still trying to establish a motive for the attack on Ms. Fernández de Kirchner, a left-wing politician who, despite being hugely popular with her supporters, alienated many during her years as one of Argentina’s most powerful politicians.