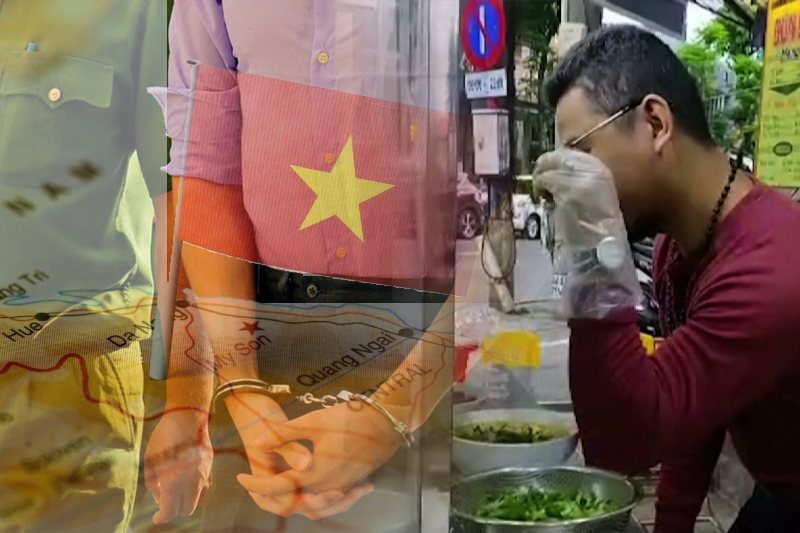 Vietnam – Bui Tuan Lam, 38, the owner of a beef and noodle shop in Da Nang City, is charged with anti-state propaganda for posting online content that distorts the ruling party’s guidelines and policies, police said in a statement late Wednesday.

Police say a noodle vendor known in Vietnam for a viral video that many believe pokes fun at a senior government official is the latest in a crackdown on critics of the country’s communist rule.

It was not immediately clear what incident Lam had been arrested for.

“Lam is also a member of many ‘civil society organizations, which are in fact anti-state groups,” the police said in a statement, adding that the authorities had repeatedly warned him against content that offended the leaders, their honor, and reputation.

In 2021, he was called to the police for filming himself imitating the flamboyant movements of celebrity chef Nusret Gokce, or “Salt Bae,” days after Vietnam’s powerful public security minister was caught on camera eating an encrusted golden steak in a Turkish chef’s London restaurant.

When called, Lam denied that he taunted the minister over a steak that sells for up to $2,000. Calls to Lam’s phone on Thursday went unanswered.

Vietnam is being widely criticized for its crackdown on online dissent as public interest in the internet skyrockets and netizens turn to blogs to read about issues avoided by the state-controlled media.

“Authorities regularly define any comment they don’t like as ‘propaganda against the state’, making Vietnam one of the most thin-skinned governments in the region,” said Phil Robertson, Asia Associate Director at Human Rights Watch.“Mockery is a legitimate form of expression that should not be considered a crime.”