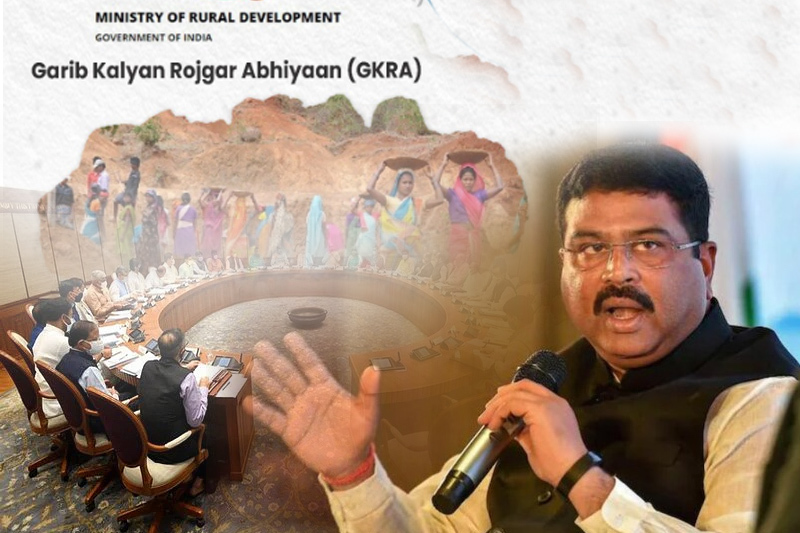 India – The information provided by the Union Skill Development Ministry about the skill development training provided to migrant workers under the Center’s Garib Kalyan Rojgar Abhiyan (GKRA) and subsequent job placements for them has come under scrutiny from a parliamentary committee.

The migrant workers being discussed are people who had fled to their home countries during the Covid-19 epidemic but have now returned to their places of employment.

“The Committee are not satisfied with the reply of the Ministry as the data regarding the number of migrants imparted skill development training and got placement out of 2.64 lakh shortlisted candidates in 93 Districts out of the 116 identified Districts of 6 States has not been furnished,” noted the Standing Committee of Labour,” Textiles and Skill Development in its report, which was presented in Parliament last week during its Monsoon Session, which ended yesterday.

The Skill Development Ministry’s response was further described as “silence” about the measures taken to guarantee that the remaining 23 District Administrations identified and shortlisted the returnee migrants in their respective areas.

It requested the Skill Development Ministry to remove the obstacles and assist the district administrations that were in default in identifying and selecting the returnee migrants for skilling and upskilling in order to provide them with chances for a stable source of income.

The committee had requested the Labour Ministry to gather and compile data from the states and ministries on the migrant workers who, in the majority, are employed in the unorganized sector in its earlier report regarding the implementation of the Social Security Code in the context of dislocated migrant workers during the pandemic.

The Committee’s primary topic of investigation was the implementation of “Social Security and Welfare Measures for Inter-State Migrant Workers” in relation to the Ministry of Labour and Employment and certain other Ministries/Departments involved.

The Skill Development Ministry informed the committee in its “Action Taken” document that the Centrally Sponsored Centrally Managed (CSCM) Component of PMKVY 2.0 has begun in 116 districts of the following 6 States: Assam, Bihar, Madhya Pradesh, Odisha, Rajasthan, and Uttar Pradesh.