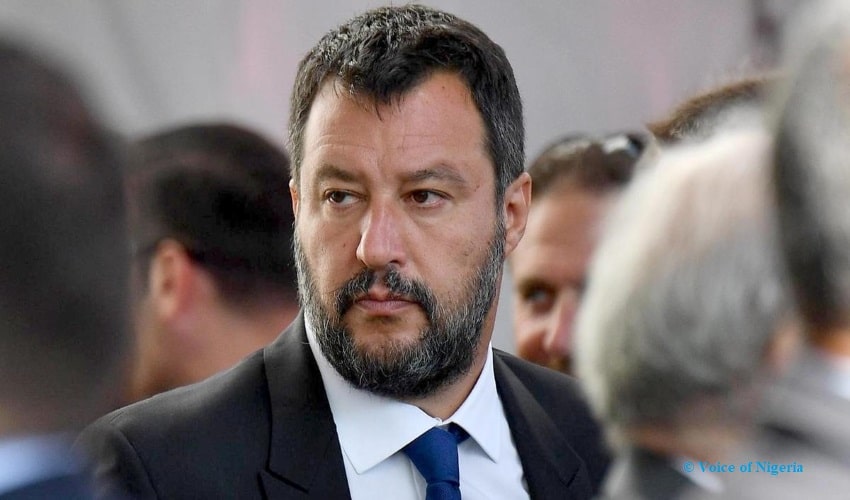 The Italian Senate has now voted in favor of the prosecution of ex-interior minister Matteo Salvini who had indulged in blocking a migrant ship off Italy’s coast in August 2019.

A case of complete disregard for human life has finally been brought to court. The Italian Senate has now voted in favor of the prosecution of ex-interior minister Matteo Salvini who had indulged in blocking a migrant ship off Italy’s coast in August 2019.

Seen as an extreme case of violation of human rights, the act left more than a 100 migrants stuck at sea off the isle of Lampedusa in the Spanish rescue ship Open Arms for over 19 days.  When sentenced, the jail term could stretch up to 15 years for Salvini who has been accused by prosecutors in Sicily for nothing by human rights violation through illegal detention.

#BREAKING: Sources inside the Italian Government tell me that the Italian Senate is sending @matteosalvinimi to face trial for closing ports to “humanitarian” boats transporting undocumented, unvetted migrants.

The voting system was important in order to take away the parliamentary immunity provisions that were protecting Salvini up until now.  He has another similar case of violating human rights against him too.  Like many other European countries, Italy has the provision of providing parliamentary immunity to the members of the parliament. Under this, members cannot be searched or questioned for making statements or holding opinions while serving at the office.

With Salvini’s privileges removed, it is now possible to persecute him for the charges levied against him. His action did not go well with the coalition government in 2019 and raised questions over his behaviour. In his defense, he is known to have said that he was adhering to the government policy that time which meant prevention of illegal immigrants from disembarking in Italy at that time.

Salvini is known to have held extremely draconian points of view and imposed such laws to curb the influx of immigrants into Italy. Even then, he has remained a popular politician due to his frequent public appearances and smart use of the social media. Off late, his popularity has been losing its sheen as the Corona virus pandemic has restricted his access to people and therefore. His League Party doesn’t seem to be in a popular spot either.

Strangely, after coming to power in 2018, he had convinced the Senate to pass a law to fine any foreign ship docking on Italian ports to be charged as much as One million euros for disembarking immigrants.  This law was passed roughly nine months after another Salvini decree abolished humanitarian protection for refugees and toughened the rules around repatriations. Thank fully, the serving Prime Minister Giuseppe Conte has called Salvini “obsessed” with keeping migrants out of Italian ports, while all the parties in his coalition have also voted for his immunity privilege be lifted off him.