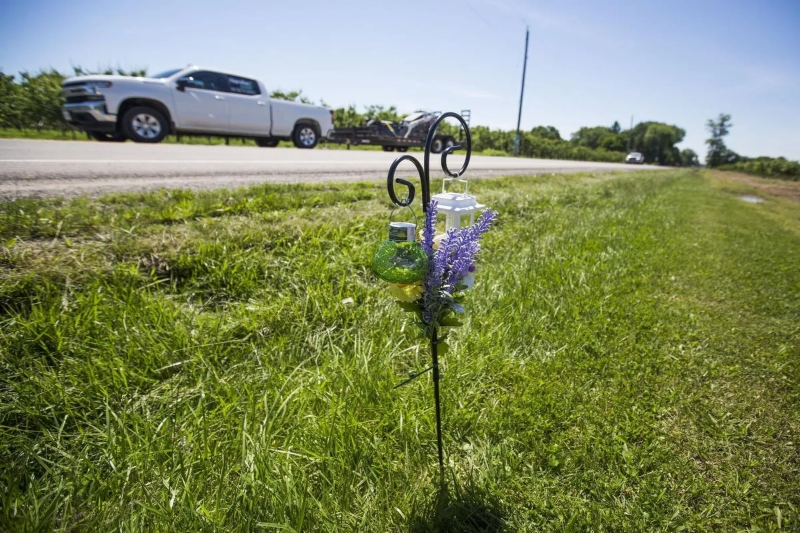 United States – Alfonso Ramos recalled that the only sound he heard Monday evening was his own voice and the voices of his two coworkers as they joked and strolled down Seventh Street Louth in St. Catharines, Ont.

“There was no traffic, [the road] was empty when that white car came out of nowhere and slammed us,“ Ramos explained in a phone interview with CBC Hamilton.

“I was just laying on the floor after receiving a blunt blow.”

According to Ramos, the three men were on their way home after spending the afternoon roaming about town.

“We got off work at 2:30 p.m., and Fermin suggested we go for a stroll to clear our heads and not be stuck at home,” he recounted.

“We walked around for a bit, admiring the lake and the boats… We eventually decided to return home and prepare dinner.”

At Spring Valley Gardens, the three of them, all from Mexico, collaborated. They also shared an apartment a few kilometers from the farm. Soto Sanchez had worked for the farm for at least ten years, according to Ramos, travelling back and forth between his home state of Michoacán and Canada with his wife and three children.

Cordova’s bike had a flat tyre when the three headed out for home on Monday.

“As a result, we began to walk. We were joking around and talking” Ramos explained.

They were only talking about dinner plans when the SUV slammed into them. According to Ramos, Cordova was flung a long distance from where they were struck. Soto Sanchez was close to Ramos when he died.

“I assumed Francisco was more harmed, but Fermin did not react immediately,” Ramos added after a long pause.

“He didn’t say anything. I mistook him for someone who had just passed out.”

Before rescue crews came, a passer-by dialed 911, and Ramos and Cordova attempted to wake up their comrade.