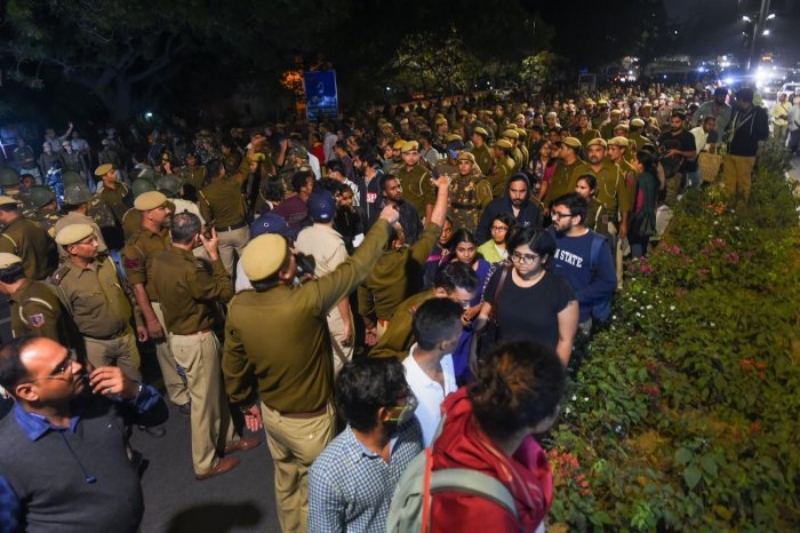 India – At least two migrant workers who gather rubbish from West Bengal and Delhi went to the Karnataka State Human Rights Commission (KSHRC) on Monday and submitted a petition asking for protection against police abuse. They claimed that the police were threatening to torture them and destroy their huts in order to drive them out.

The brutality allegedly began on June 17 when a group of five to six police officers from the Hebbagodi station barged into their work site and began abusing and caning them, according to Rabbani Sardar, 52, of West Bengal and Anees Bundu, 38, of Delhi, who are two of the hundred or so labourers living in the colony on Saibaba Road in Anekal.

As illegal Bangladeshi migrants, they claimed that the police had kicked them and ordered them to leave the area within 24 hours.

Even the women, according to Mr. Sardar, were not spared when they beat them. “We showed them our ID cards stating that we were Indian citizens, but they threw the cards away and beat us mercilessly,” he claimed.

Similar tales were told by other locals. The police left and told us they would return the following day with a bulldozer. Where ought we to go? By gathering trash, we are barely making ends meet. Ameena Khatun, a migrant worker, pleaded with anyone who was listening to “please help us.”

The Madanayakanahalli police broke up a ring and detained nine people, including three citizens of Bangladesh.

The accused utilized fictitious documents to get PAN, Aadhaar, and other ID cards and even had the stamp and signature of gazetted officials.

The police began examining paperwork and visiting migrant colonies, most of which were located on the city’s outskirts.

Residents claimed that the police began arbitrarily declaring everyone a citizen of Bangladesh. The migrant workers complained and showed the police their identification, but the police rejected them, claiming they were false, and warned them to leave or they would be arrested, they claimed.

Another migrant worker claimed that the police beat them up and then demanded money from them. The incidents were allegedly captured on CCTV.

“Innocent people are constantly in danger, and this amounts to police harassment.” According to R. Kaleemullah, a member of Swaraj India, a city-based social group assisting the labourers, “the police should check and investigate, but they should handle with care when it comes to women, children, and senior citizens.”

When a senior police officer was called, he stated that the investigation was a follow-up to the recent racket bust and that the police are searching for Bangladeshis. Accusations of cruelty and bribery were refuted by him.

“We’re following up on leads that some Bangladeshis with Indian IDs are seeking refuge in these colonies,” he said.

The authorities are currently gathering the migrant workers’ fingerprints and documenting their ID information for further inquiry.