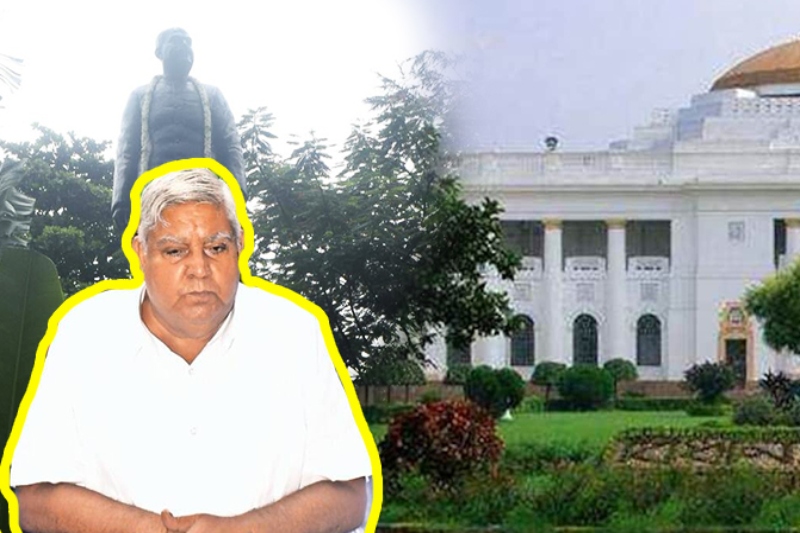 India – The governor of West Bengal, Jagdeep Dhankhar, urged Bengali intellectuals on Wednesday to speak out against the “decimation of democratic values” in the state.

The governor stated to reporters that West Bengal should not turn into a place “where democracy breathes its last” after floral tributes were placed at the statue of Shyama Prasad Mukherjee on his birthday.

He declared, “We have become into a testing ground for human rights breaches”.

Since becoming governor in July 2019, Dhankhar has frequently clashed with the Trinamool Congress administration in the state. He has stated that he will not allow democracy to be destroyed there and that he cannot break his constitutional oath.

Extreme appeasement, he declared, “is the biggest threat to democracy and something we cannot allow to happen.”

He claimed that the Constitution permits a fair approach and equality for all, and that the Center has made a clear commitment to this goal with its “Sabka Sath, Sabka Vikas” strategy.

The governor urged the people of the state to remember Mookherjee’s effort during the time of Partition, stating that it was because of his vital role that West Bengal is what it is now.

“The extraordinary efforts of this wonderful son of Bharat Ma (Mother India) might eliminate the menace that was present at the time of Partition,” Dhankhar stated.

According to him, Mukherjee was a brilliant leader, nationalist, and liberation warrior who gave his life in the pure spirit of service to “Bharat Ma”.