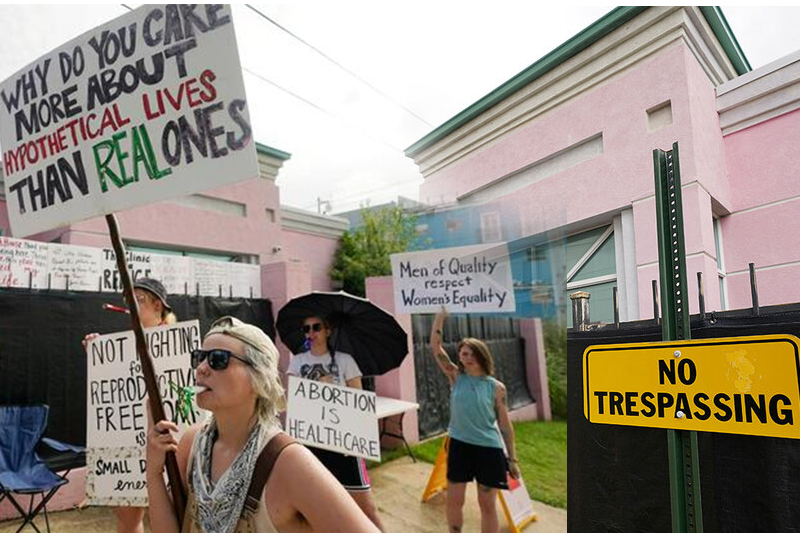 in mississippi, the state ban that has been triggered prohibits abortions at any point of a pregnancy

United States – The only abortion clinic in Mississippi in the United States has shut down as a “trigger law” has come into force after the Supreme Court overturned the 1973 landmark Roe v. Wade decision that safeguarded women’s reproductive rights across the country.

In Mississippi, the state has banned abortions at any point of a pregnancy, forcing Jackson Women’s Health Organisation to stop attending to women who want abortions.

Physicians at Jackson Women’s Health Organization had seen as many patients as possible before Thursday. On Wednesday, clashes intensified between anti-abortion protesters and volunteers escorting patients into the clinic, best known as the Pink House.

When Dr Cheryl Hamlin walked outside the Pink House, an abortion opponent yelled at her.

The Mississippi “trigger law” was passed in 2007. The written verdict came ten days after a Supreme Court reversal of Roe v Wade. The law carries penalties of up to 10 years in prison for violations. It only provides exceptions only in cases of danger to the life of the mother or rape.

Recently, a 10-year-old rape survivor was denied an abortion in Ohio after the Supreme Court ruling. The girl had to travel to Indiana, in the Midwestern United States, for an abortion. After the ruling, Ohio’s law, which prohibits abortions six weeks into pregnancy, came into effect. The law barred women and girls from undergoing the abortion procedure after six weeks of pregnancy, a point at which many women do not know they are pregnant.

During the 1973 Roe v Wade ruling, the court said that abortions could not be banned before fetal viability, which was around 28 weeks at that time, and now it is around 23 weeks.