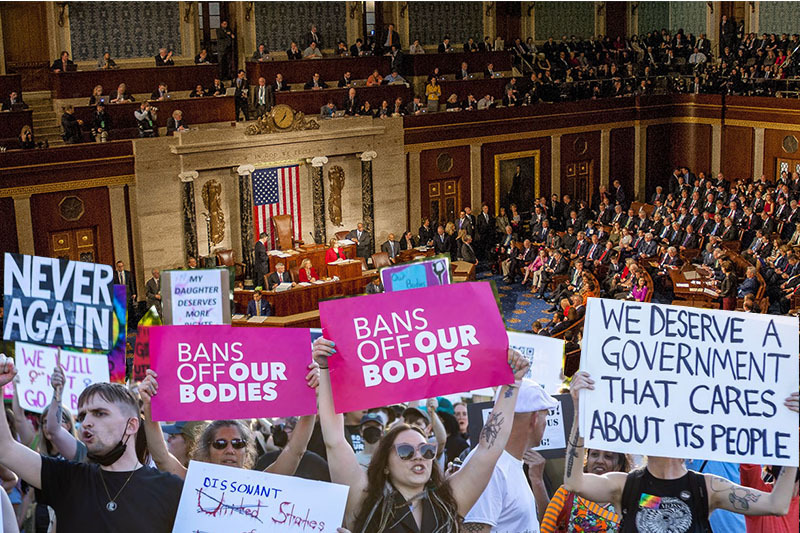 United States – The European Union’s parliament strongly denounced the repeal of abortion provisions in the US constitution on Thursday and demanded that similar protections be incorporated into the EU’s fundamental rights charter.

The European Parliament adopted a resolution that encapsulated the rage felt in many of the EU’s 27 member countries since the U.S. Supreme Court’s decision on June 24 by a vote of 324-155 with 38 abstentions.

Helene Fritzon, a politician from Sweden and vice president of a parliamentary alliance of Socialists and Democrats, said, “It teaches us a lesson: Women’s and girls’ human rights can never be taken for granted, and we must always struggle to safeguard them.”

Some lawmakers said they wanted to see measures implemented across the EU, highlighting concerns that anti-abortion forces would grow in Europe.

Stéphane Séjourné, the leader of the liberal Renew Europe group in the EU Parliament, stated that the United States has amply demonstrated why we must use every means at our disposal to protect abortion rights in the European Union.

The resolution requests that the Charter of Fundamental Rights be amended to include the phrase “Everyone has a right to a safe and legal abortion”.