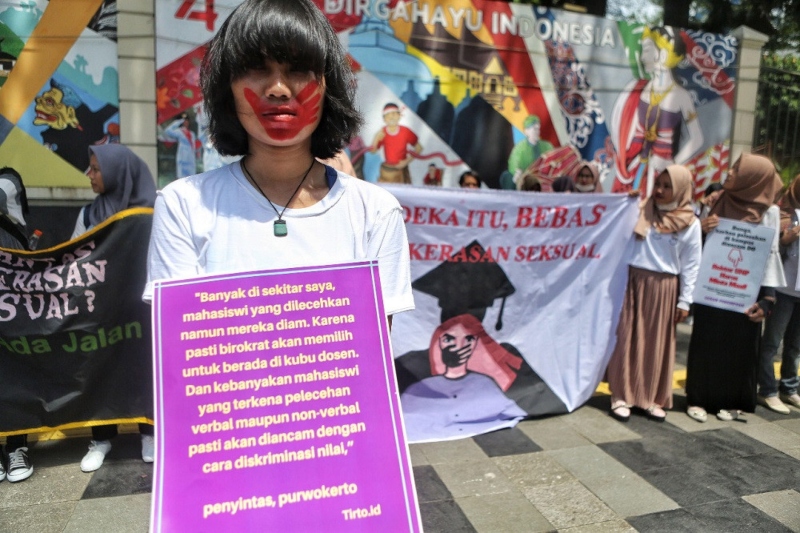 Indonesia – parliament passed a landmark bill on sexual violence on Tuesday. The long-awaited bill aims to tackle sexual violence and help victims to secure justice in the country.

Sexual abuse cases are often considered a private matter in Indonesia. The bill will provide them with the opportunity to speak against sexual violence.

A majority of lawmakers backed the bill at the plenary session in parliament. Indonesia achieved to pass the bill after six years of deliberation. House speaker Puan Maharani said, “We hope that the implementation of this law will resolve sexual violence cases.” Sexual violence complaints have been rising in Indonesia. Earlier, some conservative groups opposed the bill, citing religious beliefs. Indonesia is the biggest majority Muslim country in the world.

The bill includes prison terms of up to 12 years for sexual abuse crimes, both within and outside of marriage, and 15 years for sexual exploitation. It also includes prison terms of nine years for forced marriage. It prescribes the same punishment for forced child marriage and marriage between rapists and their victims. The bill also prescribes terms of four years for circulating non-consensual sexual content. The law also has provisions for protection and recovery for the victims.

Human rights activists said that victims’ concerns of being shamed during questioning stop them from speaking up against sexual violence. The law on sexual violence has been in the works for a decade. The National Commission on Violence Against Women and civil society groups first proposed the idea of legislation in 2012. The bill was submitted to the house in 2016 after the brutal gang rape and murder of a 13-year-old schoolgirl by more than a dozen men.

In January, President Joko Widodo told his government to pass the new law. He expressed his concerns about cases of sexual abuse in the country.