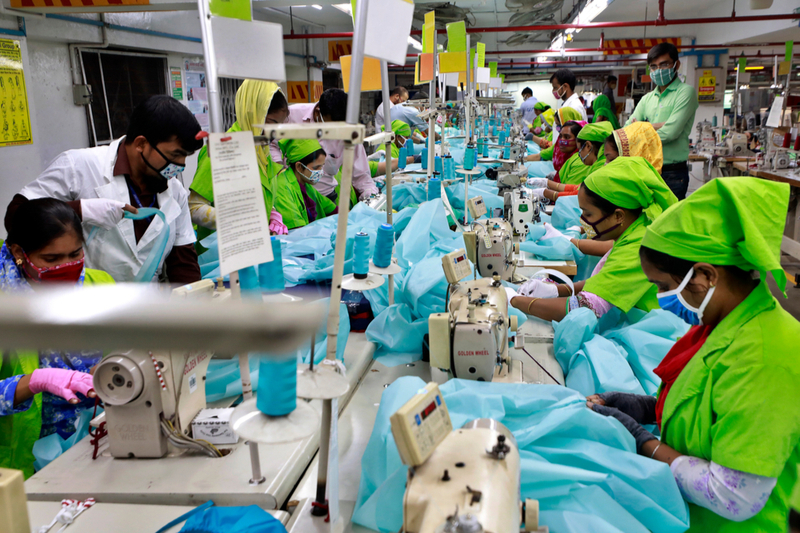 A United States-based organization called Workers Rights Consortium (WRC) found in a study that around 31 factories supplying garments to major international brands owe about $40 million to 40,000 laid-off laborers in severance pay that they are entitled.

Liana Foxvog, a crisis response chief at the WRC said in a statement that many garment workers have waited for a complete year to receive severance and were not able to take care of family amid no job during a pandemic.” “The long-term difficulty of recurred severance theft in the garment sector has entered a brutal crescendo throughout the coronavirus pandemic.”

The WRC laborers at garment factories could miss out on receiving $500 million in severance amid the pandemic.

A huge number of garment workers that were fired due to the pandemic outbreak owe millions of dollars in severance pay, which they greatly deserve as they battled to take care of their families amid no job, labor rights advocates stated on Tuesday.

The report by WRC was based on a sample of 400 factories in 18 countries that were either shut or saw mass job cuts during the coronavirus pandemic. Out of the total, the researchers found 31 that had confirmed evidence of payment violations.

The WRC likewise found proof that suggested workers in around 210 factories that had not been paid however couldn’t further probe to affirm non-payment of salaries.

The manufacturers in leading garment exporting countries are legally needed to repay garment workers if they were terminated without reason, yet campaigners say laborers regularly endure when brands abruptly reject orders – as they did when the pandemic struck.

The big fashion houses canceled orders worth billions of dollars in 2020 as the virus flare-up affected stores around the world, leading to payment losses assessed in the investigation around $3.2 billion.

As per the Reuters report, a month ago, an alliance of more than 200 rights groups had urged the fashion brands to consent to a binding agreement with associations to build up a worldwide severance reserve. It would cost them less than a dime on an average shirt, the coalition stated.