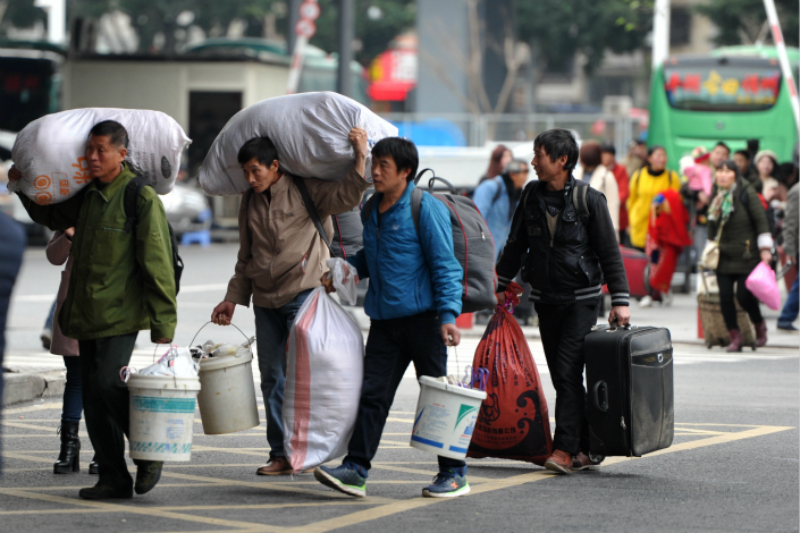 China is losing on its migrant workforce, official figures are saying, the first since 2008. Beside the pandemic, they government admits that it has to attribute the reasons to an aging population too.

There are people who have moved to China and have stayed there as migrant labour for decades together. As the world’s second largest economy, this is becoming a point of concern as their migrant population is aging and shrinking.

According to survey data from the National Bureau of Statistics (NBS), in 2019, it was recorded that the number of migrant workers in China fell from 5.17 million to 285 million. Due to transport restrictions owing to the pandemic, many migrant workers did not return to work. They remained stranded in their hometowns.

The young migrant in the age group of 16-30 does not prefer to move to China for work. So, China has not been able to attract manpower in the field of manufacturing. There is more preference for the service sector. However, the major concern is the graying population.

While Beijing has tried to delay the retirement age to prevent from the economy from collapsing, the birth rates are not increasing that much.

The geographical divide is also challenge which China is facing. There is preference for more people taking jobs in central and western China, and fewer heading to prosperous eastern provinces.

In a 2019 report the UN World Happiness Report found that migrants in Chinese cities were less happy than people who stayed in the countryside, but the idea that moving brings success is still powerful. China isn’t known to have treated its migrant population well in decades.

A harrowing discovery is that China does not treat its own lower class labour well either. In fact, its Belt and Road initiative, which aims to connect Asia, Africa, the Middle East and Europe through Chinese-funded ports, bridges, 5G networks and other infrastructure, is built on the backs of people severely exploited and deprived of care and medical aid at the time of the pandemic. “The entire Belt and Road initiative is based on forced labor,” said Li Qiang, director of China Labor Watch, whose report was drawn from interviews with workers in six countries. So, if there are no new workers in China, it is possibly because they have understood their fate, once they land in the place to work.