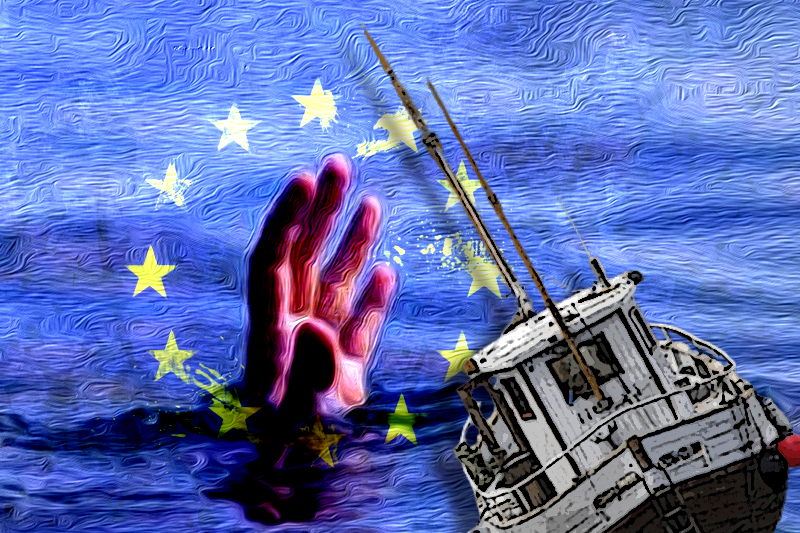 As a rubber boat dinghy struggled strong waves of Mediterranean Sea jampacked with African migrants trying to reach Europe from Libya, SOS calls were made by onboard people to migrants helpline. The dinghy was out of fuel and was now filling in with water as people panicked. Activists on the other side of line wasted no time in sharing GPS coordinates of the boat multiple times with Maltese, Italian and Libyan authorities. Information was also later dispatched to Frontex, the European Union’s border and coast guard agency. Hope was that rescue operation would soon be launched which is in accordance to the International Maritime Law, but to no success.

An analysis of the logs and emails from Alarm Phone and NGO SOS Mediterranee, and reports from Libyan coast guard revealed that despite of constant calls for help, national authorities failed to respond urgently and sufficiently. Between April 21 and 22 at least 130 people died waiting in vain for someone to come rescue them, just 30 miles off the Libyan Coast.

UN Migration and refugee agencies along with international experts come to a consensual observation that European nations have multiple times diverted from international duties and obligations of rescuing stranded migrants from waters. The stranded people, including children, are put into overcrowded detention centres where they face abuse, rape, torture and many times death. Though European nations do come to rescue migrants at sea, but unfortunately April 21 wasn’t that day.

Investigations are underway into the incident, but it is still unclear why Libyan, Maltese and Italian authorities didn’t dispatch rescue operations, although they were alarmed earlier than Frontex. Frontex has pinned the blame of deaths on migrant smugglers and weather conditions on night of April 21 when waves reached 2-3 meters height. Not surprisingly, Italian coast guard when questioned, pinned blame on Libyan authorities.

The situation clearly reflects lapse in implementation as well as designing of the European migration policy, the price of which is being paid by the migrants and refugees with their lives.

What is Serbia and Kosovo upto?
Read Previous