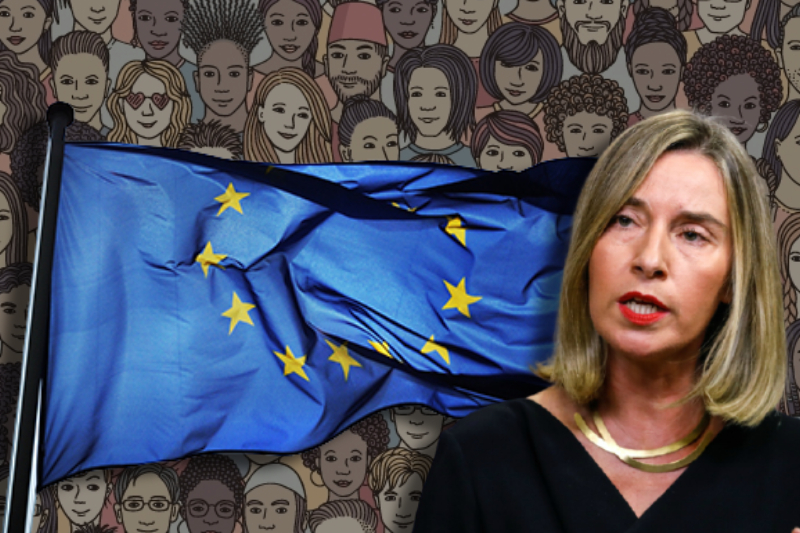 A mutually agreed partnership between certain nations in the EU could mean their break away from the latter. It seems to be surprisingly getting support from EU foreign policy chief Federica Mogherini who told media openly that “whatever outcome is mutually agreed will get our support.” The two protagonists in question here are Kosovo’s President Hashim Thaci and Serbia’s Aleksander Vucic. Ms. Mogherini it seems was hinting towards supporting land-swaps.

A few months ago, Vucic and Thaci had a conversation about redefining boundaries that would mean that Serb majority areas of northern Kosovo could be handed to Serbia in return for ethnic-Albanian parts of Serbia.

This was called the land swap. She had also announced talks between the two men in Brussels the following month.

But the rest of EU spoke back directly, putting an end to this rubbish idea of ethnic nationalism brewing in the minds of Kosovo and Serbia.

German Chancellor Angela Merkel described any talk of redrawing borders as “dangerous”, while three former high representatives for Bosnia and Herzegovina came out against the idea in an open letter to Mogherini.

And the bilateral talks between Serbia and Kosovo were abruptly stopped. On his part, Thaci retracted his statement calling it ‘fake news’ about any redefining of boundaries. A few months back secret documents were unearthed that spilled beans about Balkan states working together to redefine their boundaries. Officials denied the presence of such documents. Strangely, both nations never saw eye to eye in anything. The general consensus of the rest of the European Union is that everything trying to redefine between them cannot be without firework later. Indeed, talk of defining nations down ethnic lines is dangerous in a region that three decades ago tore itself apart in bloody ethnic conflict. Also, Europe has committed to helping the nations of the Balkan become more European, and ethnic nationalism is anathema to the European ideal.