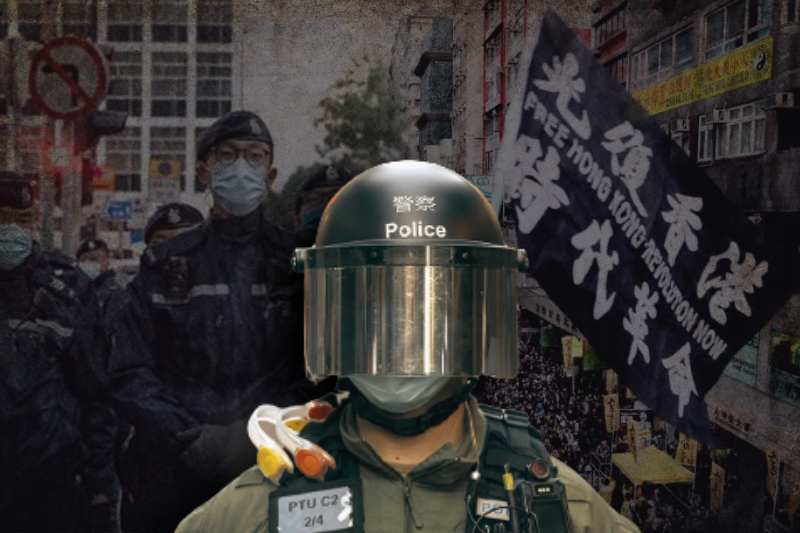 Hong Kong, a society that was once enjoyed its freedom has now been under severe crackdown by China. One year into the imposing of controversial National Security Law in Hong Kong, Beijing has managed to strip down and dismantle its ‘free’ status. In a report released last week, global watchdog Human Rights Watch said this is further exemplified by latest crackdown on Apple Daily newspaper, Hong Kong’s most popular daily newspaper led to its closure on June 23, 2021. This is the intensity to which free media, free speech and freedom to dissent are being attacked in Hong Kong by China.

Human Rights Watch’s report titled “Dismantling a Free Society: Hong Kong One Year after the National Security Law” lays down the various steps taken by Beijing to alter Hong Kong’s sectors and institutions to bring them under direct control of China. Pro-democracy movement’s prominent leaders are being arrested and decapitated by Chinese authorities, all people including schoolchildren are being forced to publicly express their loyalty to China and Communist Party, and police and judiciary are being used as tools of Chinese government to enforce the law.

Maya Wang, senior China researcher at Human Rights Watch said, “Hong Kong people are watching the Chinese government take rapid-fire steps to destroy their democratic society. They used to talk about politics, run for office, and criticize the government, but that’s not just off-limits now, it’s punishable by up to life in prison.”

Beijing is systematically and in a very comprehensive manner leaving no stone unturned to transform once free territory of Hong Kong to be one that falls in line under China’s Communist Party. Simple civil and political rights that were always enjoyed by people of Hong Kong like freedom of expression, association, and peaceful assembly, access to information, and academic freedom, are now rapidly being erased by Beijing. Citizens can no longer participate in free and fair elections or run for office.

But the crackdown hasn’t stopped Hong Kong people from demonstrating their support and drive to fight for their human rights. One such exemplary example was June 4, the anniversary of the Tiananmen Massacre. Normally, the day would be marked by mass candlelight vigil in the Victoria Park, but any vigil is banned under the new law. Yet hundreds of people gathered outside park and raised cellphone lights to mimic the vigil and commemorate the anniversary. “Beijing should not underestimate the tenacity and creativity of Hong Kong people in their struggle for democracy and human rights,” Wang said.