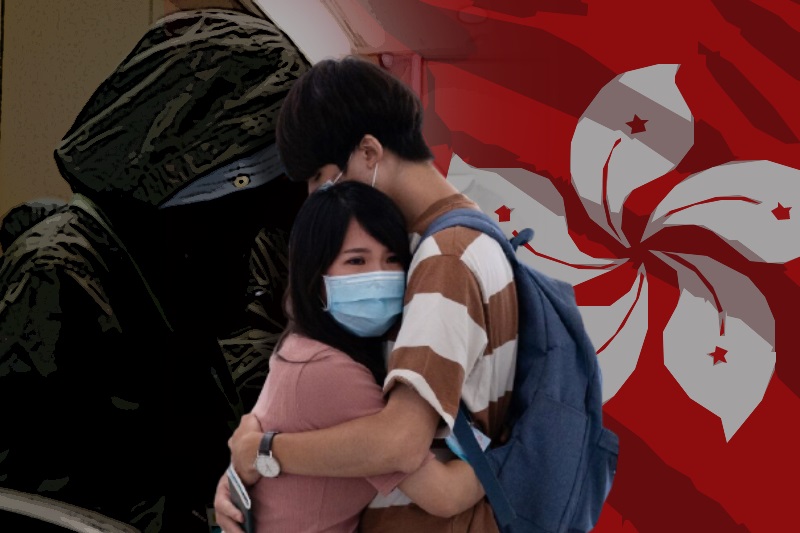 Hong Kong is witnessing a restrain in its rights after China’s imposition of hard laws responsible for constraining people’s freedom of speech and expression. The residents are obviously concerned about their freedoms and hence are choosing to flee away from the country.

This has made Hong Kong see one of the largest emigration recorded in the Asian culture especially with the reason for a power shift. Residents had protested earlier, for over two years, but failed to fetch any result or desired reaction from the top ladder, which essentially broke hopes of millions of citizens.

As per data compiled recently to estimate the changes that erupted after the power shift, the migration has considerably increased post 2019 when there was a surge of pro-democracy protests in the country. This further increased in 2020, when even during the covid-19 pandemic, people chose to migrate from the country.

Till, nearly 90,000 residents have left the territory from June 2020 to June 2021. This is a histruc drop in the population also making it the largest since 2003, which was the year when severe acute respiratory syndrome broke across the country and mainland China.

The population that has left the region have chosen to settle in countries like Australia, the United States and the United Kingdom. British prime minister Boris Johson has also supported those who have chosen Britain has the land to find a new home in by offering them resident visa status.

This move might have sparked protest in the western countries but it surely made a great deal of difference for people who had British National Overseas passports with them. No doubt, this move came with its advantages to the British government but it undoubtedly created a lot more opportunities for the Honk Kong citizens, further promoting the shift from the region.

One of the residents, Resse, is an example of how things have been changing in the country and the new security law imposed by China is the reason behind it. The 25-year-old administrative assistant, decided to permanently move to the UK after waiting till October 2020 for any changes in the law.

The move to bring in this law, that controls the freedom in Hong Kong, triggered mass protests across the region. Human Rights activists, journalists, lawyers and common people were tortured and were put behind the bars after they openly spoke up against this bill. Resse also stressed, “The extradition bill just let me know that the government isn’t really listening to the people.”

With people, money is also leaving Hong Kong. A report showed that nearly $1.9 billion had been pulled out of pension funds in between the first quarter of 2019 to the first quarter of 2021. Dennis Kwok, an Asia Fellow at Harvard’s Kennedy School and also a former lawmaker in Hong Kong stressed that there are chances that more people will be leaving Hong Kong in coming months. “I think some people are still concerned about COVID,” he said, reasoning why people are delaying the whole process.