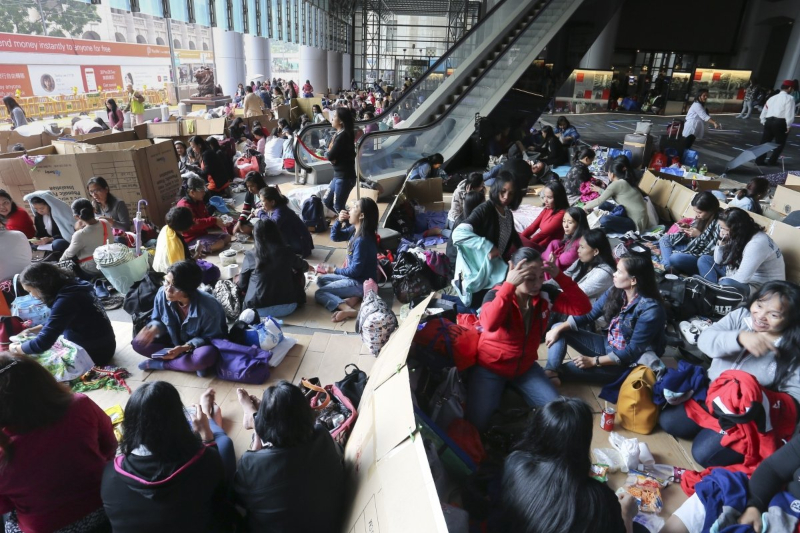 Under the scheme, Hong Kong made it mandatory for domestic workers to get vaccinated in order to get their contracts renewed. In addition, new workers were also asked to take the vaccination before entering the city.

However, the policies were mandatory only for domestic workers, and not for other migrants including white-collar financial workers in Hong Kong. It is important to note that majority of Hong Kong’s domestic workers are migrants from Indonesia and the Philippines. Taking note of the matter, several rights groups demanded the government to remove the policy. They voiced that the scheme is “discriminatory” and singles out migrant domestic helpers, a majority of whom are Indonesians.

“We are workers, we are not virus carriers. We will not be silenced in the face of being blamed for the spread of COVID-19 and targeted for discrimination and stigmatization,” a statement by the Asian Migrants’ Coordinating Body (AMCB) working on behalf Indonesian workers said.

While Hong Kong authorities on Tuesday suspended the policy of mandatory vaccinations after massive diplomatic criticism, they decided to continue with compulsory testing in view of the emergence of new COVID-19 variants.

However, the AMCB group has also called for scrapping of the testing policy to protect domestic workers from health risks as they stand in queues for long hours during their week offs. According to ACMB, the policies have increased mental, financial and physical pressure on domestic migrant workers at a time when they are already struggling with poor wages, improper living conditions and excess work.

Earlier, the Indonesian Migrant Workers Network (JBMI) questioned the application of the policy only for domestic migrant workers even as cases were recorded from all segments of Hong Kong. Indonesian and Filipino consulates in Hong Kong had also voiced concerns against the policies, maintaining that the rules should apply to all non-resident migrant workers. Filippino Foreign affairs secretary Teodoro Locsin Jnr had slammed Hong Kong authorities for pushing all domestic workers to get vaccinated, alleging the move “smacks of discrimination”.

On May 9, Hong Kong saw hundreds of domestic helpers queuing across testing stations to get themselves tested.