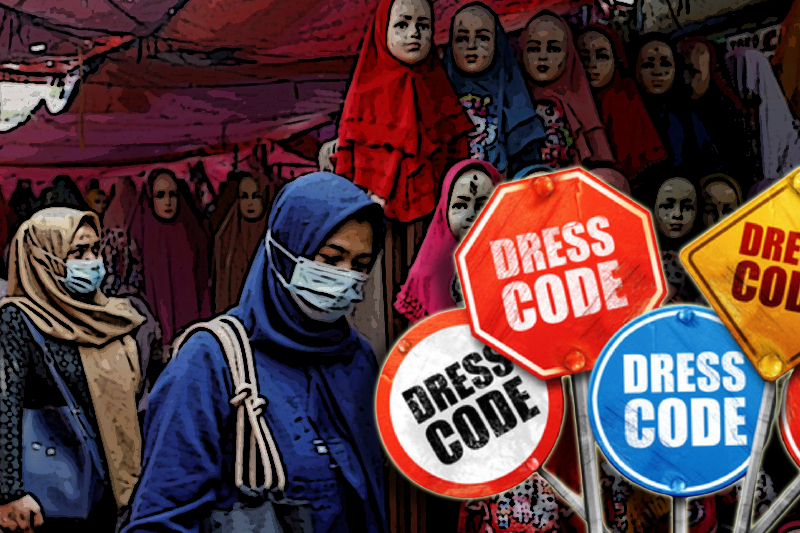 In a report, the Human Rights Watch condemns the compulsory rule for women and girls to follow a dress code in Indonesia and demanded it should be revoked soon.

The Rights group urged the Indonesian government to ban the forcing of dress codes (hijab or Jilbab) for female teachers and students and take proper measures to stop discrimination against girls and women.

In Indonesian women and girls are required to wear a hijab (a head covering) and jilbab (a full-length outer garment, traditionally covering the head and hands) at school against their desires. Especially, Women working in public services are at risk of losing their jobs if they don’t follow these dress codes.

The Rights group describes the forcing of unfair regulations on clothing and compelling females to wear jilbab has caused them mental stress.

Elaine Pearson, Australia chief at HRW states that the Indonesian guidelines and policies have since long been forced women and girls in schools and government workplaces which violates their freedom from the compulsion to adopt religious rules.

Under the new declaration, local authorities and school heads were needed to decline any compulsory wearing of jilbab by March 5, and fines were to be imposed on those who didn’t follow it as of March 25.

The education minister could hold school education funds that ignored the order. However, this doesn’t influence Islamic state schools and colleges under the Religious Affairs Ministry.

The Human Rights group expresses that ladies are entitled to equal rights as men, including the option to wear what they desire. Any constraints on these rights should be for some valid reason and must be applied in a nondiscriminatory and non-arbitrary way.