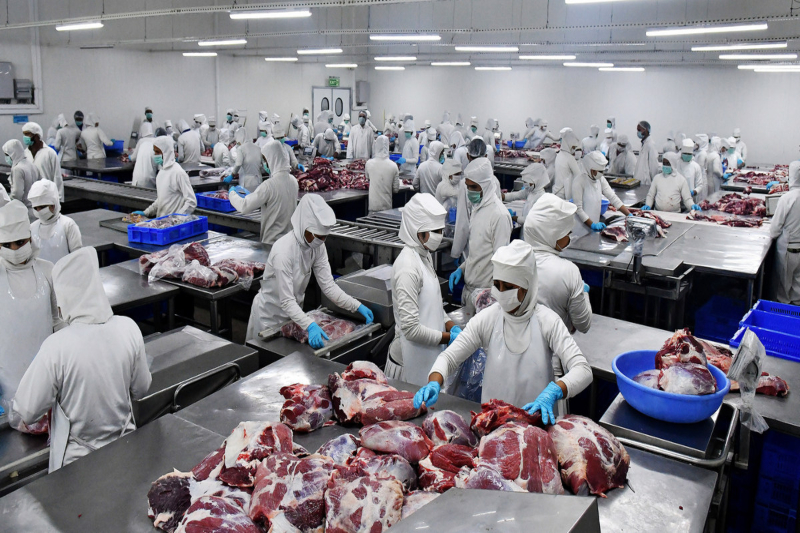 Earlier this week, reports from the Indonesian side suggested that the country is looking to ban buffalo meat from India due to Covid-19 concerns but rubbishing all the rumours, Indian embassy in Jakarta clarified on Friday that Indonesia has not suspended frozen boneless buffalo meat.

Indian embassy released a statement blaming the competitors for spreading all sorts of rumours about the Indian export of meat. They said, “Some competitors have been spreading all sorts of rumours on the suspension of frozen buffalo meat by Indonesia with the ulterior motive of defaming safe, risk-free Indian buffalo meat with an aim to impact its exports to other countries.”

The press release also added that some of the companies, who are currently competing with India in this sector are making false propaganda and hence these false rumors are being spread among people. It further said that ever since there has been a rise in the Indian buffalo meat in Indonesia, their position is threatened and hence they are resorting to these tactics.

The speculations began after ABC had quoted Reuters saying that the chief of Indonesia logistics Agency Bulog Chief Executive Budi Waseo claimed that meat exports from India were suspended owing to Covid-19 pandemic in the Indosnasian parliament.

The report said that Waseo has temporarily suspended meat from India because of the current situation of virus spread in india. The ABC report also said that the trade between the two countries came to complete halt during the pandemic time.

However, another official Robu Agustiar refuted all these claims saying that the Island nation has not decided anything on the ban of meat from India but the possibilities of delay in shipments are doable. He stated that the delay might be extended to three months but did not conform anything on suspension. The Indian side, when asked about the claims, said, “There is no issue with Indonesia (on buffalo meat exports). It is our competitors who are spreading rumours.” Tarun Bajaj, Director of Agricultural and Processed Food Products Exports Development Authority (APEDA) confirmed that there is no suspension or ban of meat export.