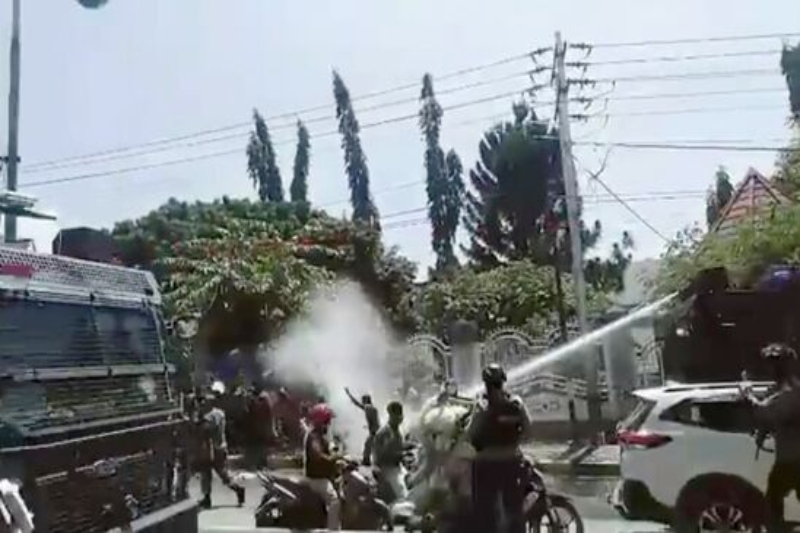 In a new research published by Amnesty International, it has been discovered that Indonesian security forces have blood on their hands of innocent Papuan protestors. Apparently, they were beaten up, shot at and racially abused while they were under peaceful protests directed towards the renewal of the Papuan Special Autonomy Law.

They were targeted with water cannons, even kicked while being beaten by animals with guns and rubber batons. All this happened at peaceful protests during the month of July. Video footage substantiates the unlawful violence against peaceful protestors.

To date, protests against the controversial renewal of the Papua Special Autonomy Law have taken place in several cities, from July 14 to August 16. Amnesty International interviewed 17 people who participated in protests in the cities of Jakarta, Jayapura, Sorong and Yahukimo, and verified their accounts using open-source video footage.

Apparently, the protest also continues to seek the release of an individual pro-independence protestor Victor Yiemo who was arrested and sentenced life imprisonment for his political views.

Protests were carried out in Jakarta and Yahukimo and the situation was the same. While not many lives were lost, the sense of mental torture and invading the right to peaceful protest was trampled upon.

Protestors were called ‘monkeys’ and were thrown on the floor and punched repeatedly. The Papua Special Autonomy Law was adopted in 2001. The law was intended to give the Papuan people more powers to govern themselves while remaining part of Indonesia, in response to calls for Papuan self-determination.

However, the protests are more towards the new law. According to the amended law, there are new changes introduced to the lives of Papuans that actually strengthen the authority of central government and reduce the autonomy of Papuan institutions. The new law creates a special agency responsible for coordinating and evaluating the implementation of Special Autonomy, chaired by the Indonesian Vice President and with an office in the region. The new law also removes the right of the Papuan population to form local political parties, previously established in the article 28(1) of the Special Autonomy Law.