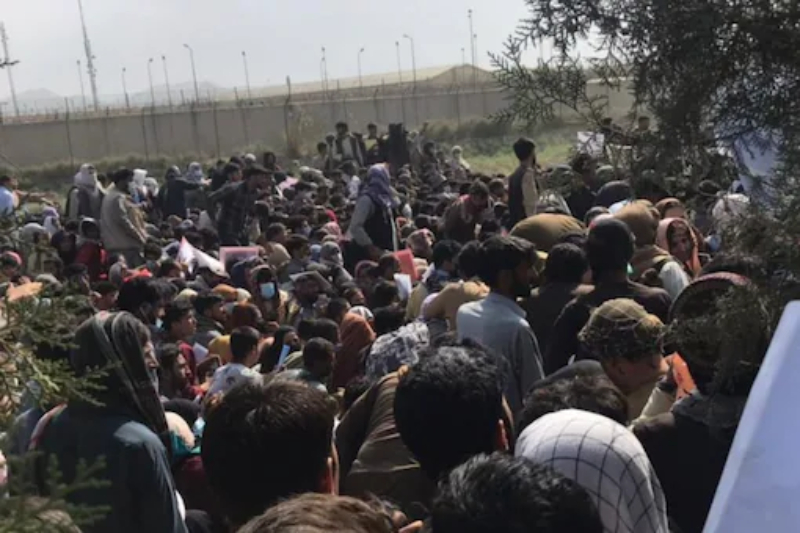 The President of the United States Joe Biden has asked people to not take the warning or threats of the Kabul embassy seriously. He stressed that the government has all kinds of cables in place to monitor the situation.

People feel that Joe Biden has been neglectful towards America’s role in Afghanistan and its people. Many of the twitter accounts have come together to emphasise on the issue that Biden did not take immediate steps to help the people stuck there. However, the US president stressed that ‘We got all kinds of cables, all kinds of advice’.

Biden also added that he solely made the decision after everyone’s consensus and it was that the troop retrieval will not happen by the end of the year but it is his call to ask for the troops back on American soil. It became extremely necessary to abandon the US embassy in Kabul and hence there was a rush in the country.

The Kabul international airport is currently in control of the US army and the facility erupted with chaos after the dangerous group took over the country. Since Sunday, Afghans have been attempting to flee away along with thousands of US troops, who have also been sent back.

Taliban is waiting to take over the airport but its leaders have also said that will allow all the evacuation process to go smoothly. People are still cautious about the group as the whole nation is now in control of the Taliban and think may go either way from here.

A dissent cable was confirmed to be sent on July 13 to the US embassy in the capital city to hurry the evacuation process, which will conclude by August 31, 2021.

The cable was sent through all the confidential channels and it was also stressed that the Biden administration should begin collecting information of the Afghani population who qualify for immigrant visas. As per the internal sources, the cable has reportedly warned about the speed with which Taliban was advancing towards the country and Afghanistan’s military will be insufficient to control the group. The cable was followed by the White House announcing allies’ refugees.