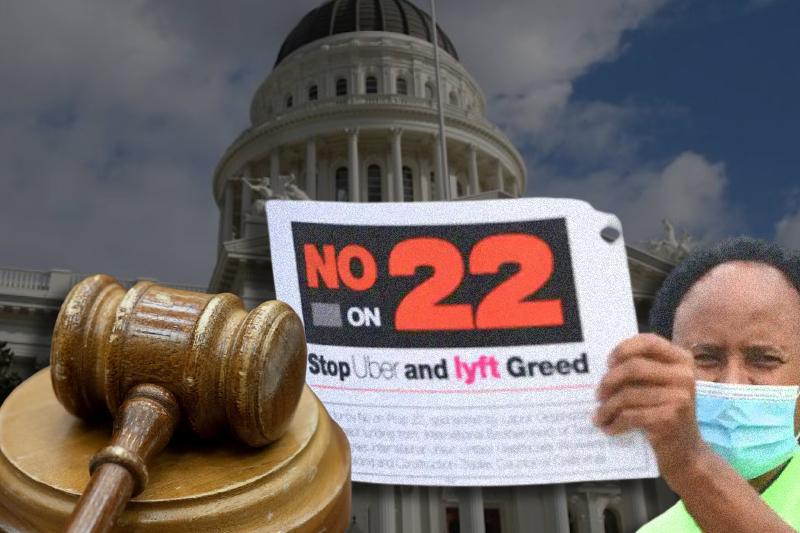 A voter approved referendum has been in California has been ruled controversial by a federal judge on Friday. The legislation known as Proposition 22 is heavily supported by Lyft, Uber and many other app based on demand services. Under this law the “gig workers” can be treated as independent contractors, but the new ruling has now erected many problems for these service providers. This law had overturned a previous California law that required them to reclassify drivers as employees and provide them employee benefits.

Alameda County Superior Court judge has ruled that this law violates California’s Constitution as it “limits the power of a… legislature to define app-based drivers as workers subject to workers’ compensation law.”

Uber has criticized the ruling and has decided to challenge it. The ride-hailing service said, “This ruling ignores the will of the overwhelming majority of California voters and defies both logic and the law. Meanwhile, Prop. 22 remains in effect, including all of the protections and benefits it provides independent workers across the state.”

The ruling, on the other hand, is being welcomed by many drivers who will be impacted by the rule. Erica Mighetto, a driver in San Francisco said, “I believe that now drivers have a real opportunity to fight for a living wage and a fair workplace. What a triumph for the future of app-based work.”

Under the proposition, drivers working for app based service companies were to remain as independent contractors. However, they were to be paid number of benefits by companies like Lyft and Uber, including minimum wage, health care and other insurance contribution. According to critics, the law had failed to take into account the much larger extent of costs borne by the drivers.

While Lyft and Uber claimed that their drivers supported the contractor model under new law, many drivers were not satisfied and happy. They said that while they had all inconveniences of being a contract driver, there were no advantages.

The drivers use their own cars and work schedules but work days are orchestrated by sophisticated computer algorithm that pushes drivers to accept as many fares as possible while including less profitable routes.