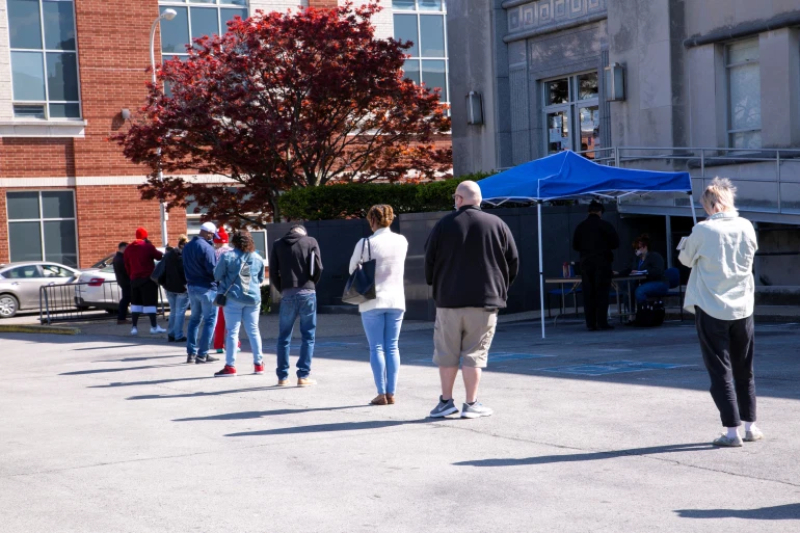 Despite the ongoing vaccination drive in place, the countries cannot dismiss the concerns of Coronavirus and the threat of the Delta variant is still looming around. The labor chief of the United States has looked at the matter and hence concluded that if things turn adversely for America then the government will have to consider expanding jobless aid for laborers.

“If Florida has to shut down — let’s say the numbers continue to climb in the next week or two, and it gets to the point where people are just afraid to go outside their front door then in that case, they will need to support them as there will be no other safety net for their family.”

Florida is one of the most deeply affected US states. The state has seen a rise in the number of covid cables and there seems to be no way to control the cases especially when considering the casualness of people in that state, said one of the officials.

But at a time like this, it becomes more necessary to cater to the laborers and hence Walsh and Treasury Secretary Janet Yellen have asked the local government to use pandemic relief funds for this matter. The earlier benefits such as the Federal emergency unemployment benefits of $300 each week will expire in September.

Like other countries, America is also suffering to sustain the laborers and deal with them in their best interest. They have already halted the payments of many laborers, migrant workers and other workers citing financial scrap. With this in view and the threat of the delta variant, the US official said,“Some governors might have to make the decision of closing down again.”

Obviously the workforce will have to be kept away from work for more than the desired or expected time, further increasing the load on the American government as well as the laborers. He also said that if people are not being able to work from home then they will be needing those unemployment benefits.

The labor official was previously holding the office for Mayor from Boston and recollecting his experience he said that if he was in place of the mayor, he would continue to closely monitor the situation and ensure that everything is being done whatever was needed to save lives of people.

The Biden administration had said earlier this month that there is a need to open the economy and keep the markets running but also emphasised that businesses should also take responsibility and protect their workers. There were certain steps taken to ensure that laborers are secured for their lives and for that, congress boosted efforts to provide benefits to jobless laborers on a weekly basis and also extend the duration of stay in the states.