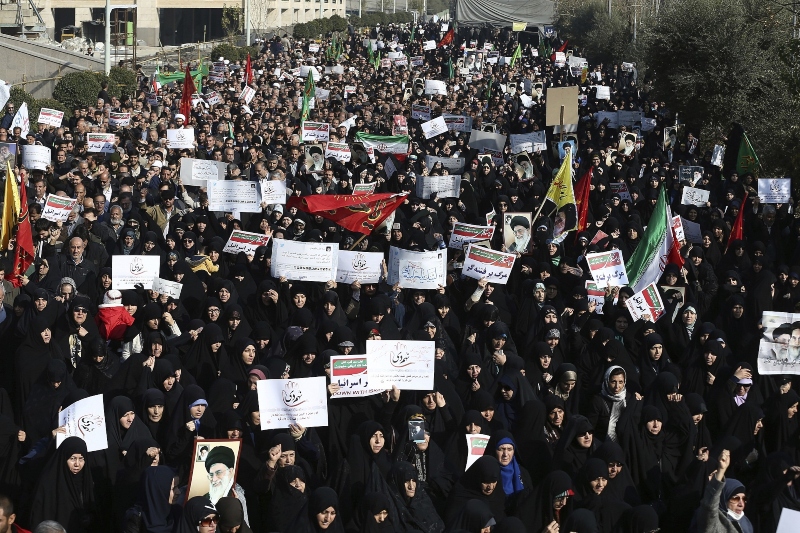 teachers in iran manhandled after years of protests against low wages

Iran – A protest for equal wages went violent in Iran as teachers went on strike. They are also demanding better working conditions, release of their activist colleagues and an end to the discrimination of minorities too.

The silent protest became violent as police started to use force against them. Apparently, a teacher union activist named Rasoul Badaghi was recently arrested at his home. This was announced by the Coordinating Council of Iranian Cultural Associations and the union organizing the protests. But this has not been widely reported in the media.

Teachers took to marching till the Parliament shouting out slogans “Shameless” for the conduct of the government, all against its own people. Social media is burning with stories and video footage showing force and maltreatment of the education fraternity.

Other social media videos from major cities like Shiraz showed teachers saying, “teachers stand up, end discrimination”. Teachers’ wages seems to be a debate since 2012 and has not been addressed like the lack of aid to students under scholarship either.

Back in 2018, IRNA, Iran’s semi-official news agency, reported that teachers’ salaries were between 4 million and 13 million rials, which would put the minimum salary at around $100 a month, according to the unofficial exchange rate. In 2012, the Rouhani government passed new laws for teacher salaries.

It passed a bill – the 80 per cent ranking plan – to ensure teachers would get at least 80 per cent of the wages that faculty members get, equalising salaries.

This plan was never properly enacted. Three years later, teacher salaries were meant to be increased by between 20 per cent and 27 per cent. But inflation and bad political handling has only led to situations where teachers have not received their salaries for close to four months. But cost of living has been escalating, making it difficult to make ends meet. A bill which was supposed to be passed by the Parliament to pay teachers their dues never went through and arrears couldn’t be cleared. Instead, the bill went back for revision.