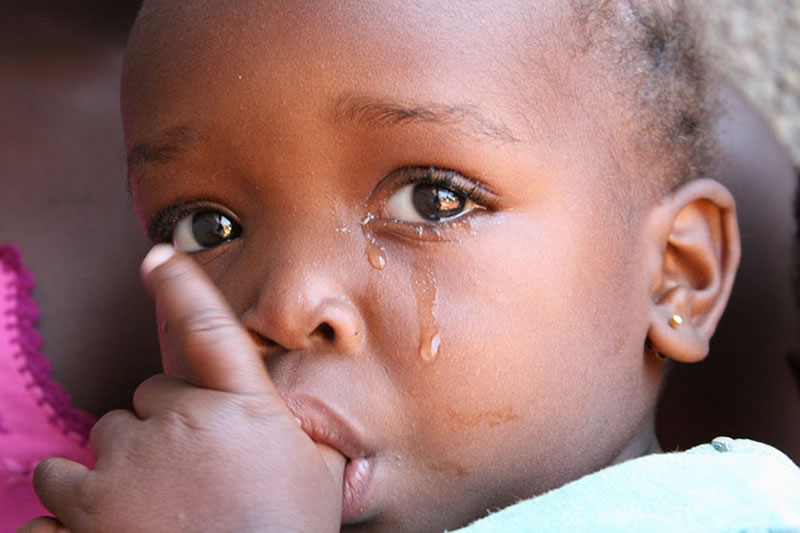 Girl children are most ‘unsafe’ in Africa

Malawi, Africa – The state of girls in Malawi is getting worst by the day. Used earlier as child brides, these girls today are being trafficked for labor as well.  The girl child is just not safe in Africa anymore.

Girls have been said to have been abducted and disappeared for years together, only to surface pregnant and having lost the best years of their lives. Apparently, militants who pick these girls use them as brides, repeatedly rape them till they become pregnant and then leave them to fend for themselves.

It is a gory story of child and human rights abuse at its worst. Now, migrant workers are coming back into Malawi in Africa to marry underage girls, only to take them into cities to sell them into forced labor.

Most parents are resorting to this in hope this will end poverty for them, but unfortunately, this is not the case. Malawi’s national statistics on early marriages are alarming. Malawi has the second highest rate of child marriage in the Southern African Development Community region, just behind Mozambique, according to the UNICEF Malawi report titled “Budged scoping on programmes and interventions to end child marriage in Malawi” published in December 2019.

The government has miserably failed in preventing illegal underage marriages as parents themselves are encouraging the trend. Most underage girls are made to drop out of school. Between 2010 and 2013, about 27,600 girls in primary school and about 4,000 girls in high school dropped out due to forced marriage, an independent study conducted by University of the Western Cape in South Africa states. Unfortunately, the trend of marrying a girl as soon as she reaches puberty, is a traditional driven concept. A similar trend has been seen in Nigeria as well. Many children are abducted there for ransom by militants functioning in Nigeria. Those missing comprise mostly girls. Many of these goons that have picked children from northwest regions of Nigeria, also comprise militants with links to the Islamic militants long active there. In 2014, it was international news that they abducted 276 schoolgirls in Chibok, prompting the #BringBackOurGirls campaign.