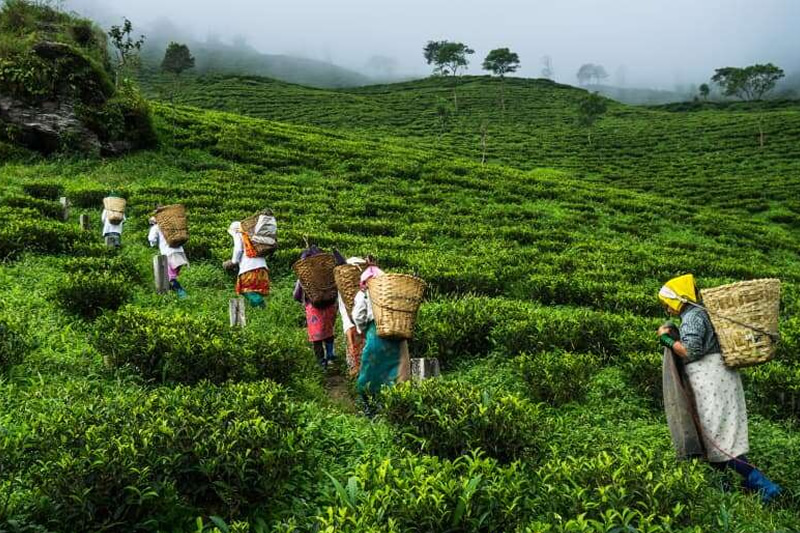 India – Tea workers in India are experiencing their worst nightmare as their only source of income has been snatched away from them. The coronavirus outbreak in the country last year saw most of them suffering from job loss or cut-down on payments but as the second wave hit the country, it was the end for the tea workers.

The pandemic has surely affected the lives of most wage earners but the tea workers are among the worst affected sections,especially after the second wave. This year, in the months of April and May, India saw Covid-19 spread through the entire country claiming millions of lives.

Despite there being a cosniderably softer lockdown when compared to last year, the country saw tea workers struggle for a single meal. India is the world’s largest tea exporter and the state of horrors these workers are living is deeply alarming.

Research shows that coronavirus might have ended hopes for tea plantation workers but even before that, there was no bed of roses. This is even more tragic for the workers as the government manages to make quite a lot of foreign revenue.

The amount reached to 830 million and 826 million US dollars in 2019 and 2020 respectively. With this amount, the condition should not be as bad as it is now even with the pandemic. To think that such a community that is involved in such a huge amount of foregn revenue even lacks the basic facilities is extremely disturbing.

The workers are asked to give eight hours to the work and are paid merely a paltry wage of nearly three dollars. Women are the ones dominating this. There is barely any fasciitis for them despite these areas being in a hilly structure where there is lack of resources. Even to drink water or use the washroom, these workers have to walk many kilometers.

The situation was doable before that pandemic as they knew that they were at work dedicatedly but after the pandemic situation is uncertain for them. The work might have started but there are fewer laborers working on the field than before due to Covid-19 protocols.

To get tested when there is a suspicion or even to get vaccinated after the government’s approval of vaccines, these workers have to travel to faraway places. The health centres are located in cities or crowded places, which are far from hills. This essentially means that even to receive vaccination in India, they will have to take a leave and for them, if there is no work it means no pay.

“The Covid-19 test would result in an off-day, which isn’t possible as I have family to look after,” said one of the tea workers from Dalgaon in West Bengal. This shows that the tea workers are not only struggling with financial issues but also have risks to their lives. They are risking their lives to feed their family and the unavailability of resources, public health centres near them, is making things worse.